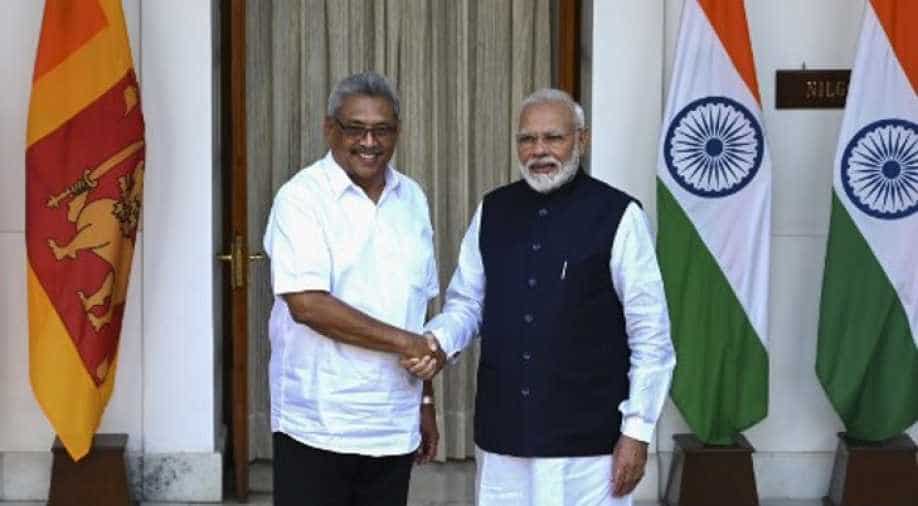 Over the weekend, India's Prime Minister Modi received a phone call. On the other side was the Sri Lankan President Gotabaya Rajapaksa. A press release from New Delhi says, among other things, the two leaders discussed cooperation in multilateral fora

Colombo wants to avoid a defeat at the world stage and escape the global scrutiny on the issue of human rights. Especially after its recent decision to ban the burqa and close 1,000 Islamic schools.

A press release from New Delhi says, among other things, the two leaders discussed cooperation in multilateral fora. The statement says a lot more, but mention of 'multilateral forums' stands out. Next week, Sri Lanka faces a crucial vote at the UNHRC in Geneva and it's bad news for Colombo.

The resolution is backed by Canada and the UK. It says the human rights situation in Sri Lanka is deteriorating. The civilian government's functions are being militarised. Institutions like the judiciary are losing their independence, minorities are being marginalised and the civil society and media are facing intimidation.

When this scathing resolution comes up for a vote in Geneva, Sri Lanka reportedly wants India's support. Will they get it?

India can choose to abstain but Colombo cannot be sure.

A statement made by an Indian diplomat in Geneva signals that India is unhappy with Sri Lanka. Last month, India said the UN Human Rights chief's report on Sri Lanka raises ''important concerns''. There was also a mention of "respecting the rights of the Tamil community".

India was referring to the report from January released by the UN Human Rights chief. The report says Sri Lanka is on an alarming path towards the recurrence of grave human rights violations. It adds that, since taking power, the Sri Lankan president has appointed at least 28 serving or former military and intelligence personnel. They have been given key administrative posts in the government. This includes senior military officials, who were implicated by the United Nations in alleged war crimes and crimes against humanity during the civil war that ended nearly 12 years ago.

New Delhi has more reasons to be upset with Colombo. Sri Lanka recently refused to honour a port agreement with Japan and India and went ahead with an energy project with a Chinese company close to the coast of Tamil Nadu. The Rajapaksa government says it has offered an alternative terminal project with the vote at the UNHRC looming.

The Sri Lankan foreign secretary said last month in an interview, "India cannot abandon us". The Modi government has a choice to listen to that appeal and abstain from the vote but if it chooses to send a message, Sri Lanka might struggle to defend itself at the UN.