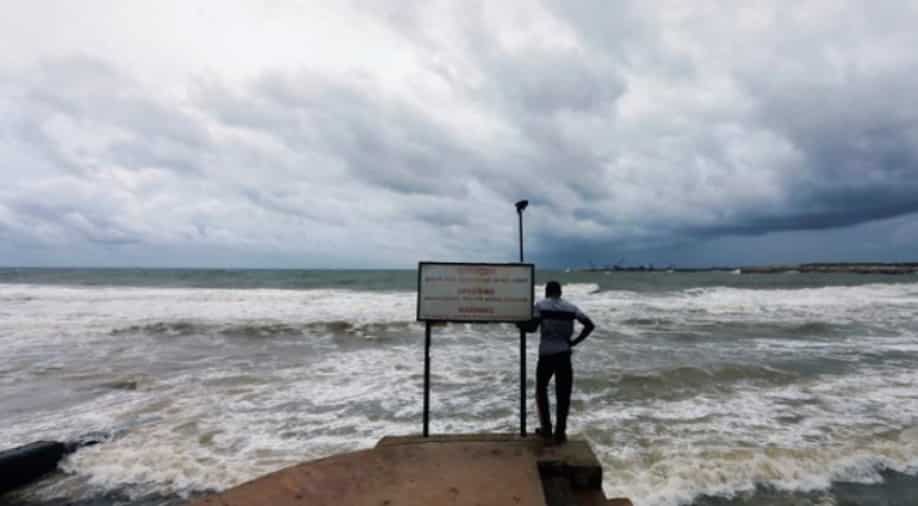 A man looks at the rough sea as rainy clouds gather above during the monsoon period in Colombo, Sri Lanka. Photograph:(Reuters)
Follow Us

Heavy monsoon rains in Sri Lanka have killed seven people, prompting authorities to warn against landslides and floods in low-lying areas after spill gates had to be opened across the Indian Ocean island.

Lightning killed three people, a landslide a fourth, and the fifth death was the result of a fallen tree, said officials at the country’s Disaster Management Centre.

The Disaster Management Center said 1,024 people were moved to 20 safe locations. Hundreds of army troops and police were deployed to carry out relief work and rescue operations as heavy rains caused flash floods in many parts of the country.

Sri Lanka has been experiencing heavy rains since Sunday, prompting the government to issue landslide warnings for five districts.

The meteorology department warned of thundershowers with strong winds over the next 24 hours and asked people to take precautions against lightning strikes.

The army has sent more than 100 soldiers with more than 25 boats to tackle the emergency, its spokesman, Sumith Atapattu said.

May kicks off the monsoon season in Sri Lanka`s south, usually the region`s wettest time of year, running until September. From November to February, the northwest monsoon also brings the island heavy rain.

Heavy rains and intermittent droughts have hit tea, the country`s main export crop, which brings in earnings of more than $1 billion. Tea output rose last year for the first time in four years.

However, the weather this year has not been harsh enough to affect the stock market and companies, brokers said, although firms in the plantation industry could be hit.

Growth in Sri Lanka hit a 16-year low of 3.1 percent in 2017, mainly due to a flood that killed more than 100 people and a lengthy drought in some areas.