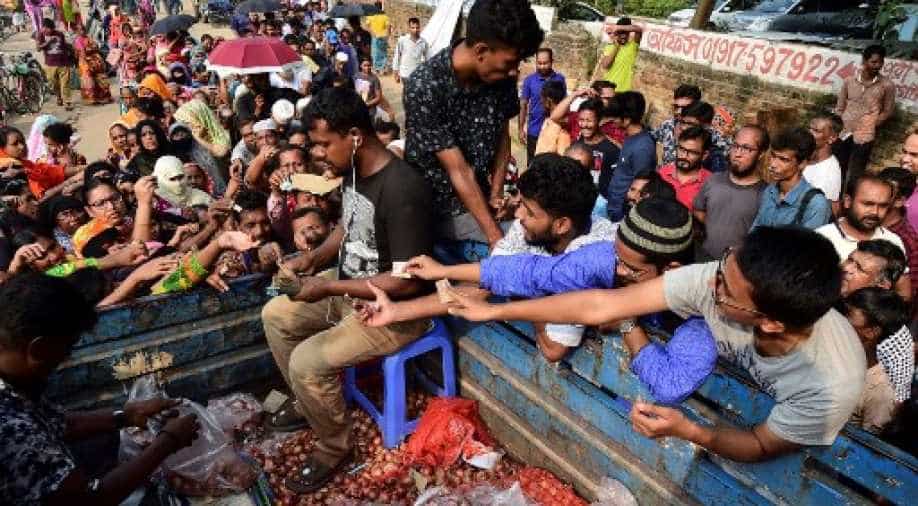 Around 250 trucks of onions have been stuck on various roads in India waiting to enter Bangladesh.

An Indian government source said, "India has allowed export of around 25,000 MT of onions to Bangladesh which is already under transit/ processed for exports." adding, it is a "special gesture to our close friend".

India had announced onion export ban earlier this month. It majorly impacts neighbourhood and particularly Bangladesh. Around 250 trucks of onions have been stuck on various roads in India waiting to enter Bangladesh.

Meanwhile, a source of in the ministry of foreign affairs of Bangladesh MOFA told WION that Bangladesh High Commissioner to India Muhammad Imran on Friday informed foreign minister AK Abdul Momen about India's permission to export onions to Bangladesh.

Kolkata has 20089.31MT of onions already approved for exports before the ban was announced. It is the largest in any port/area of the country followed by Mumbai, Trichy and Nagpur.

Bangladesh had earlier raised the onion crisis with the Indian government after the ban was announced.