Southwest monsoon to arrive in Kerala by June 3: IMD 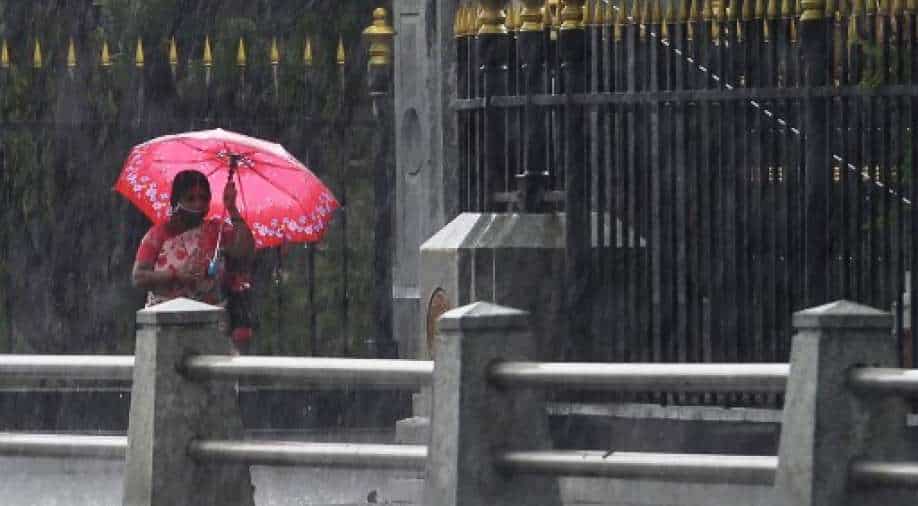 A woman walks along the street during a rain shower in Chennai Photograph:( AFP )

The IMD informed that Delhi had received a mean maximum temperature of 37 degrees Celsius in May which is the lowest for the month in 13 years with no heatwave reported.

The India Meteorological Department (IMD)  said on Monday that the southwest monsoon will arrive in Kerala on June 3 with heavy rainfall expected on June 2-3rd.

The IMD said the southwesterly winds would strengthen gradually from June 1 resulting in rainfall over Kerala. The IMD asserted that there will be no heatwave in the country due to cyclone Tauktae and Yaas which recently hit the country.

Parts of Uttar Pradesh received light rains and thundershowers in the last 24 hours as the IMD said India's national capital is likely to receive thunderstorms over the next three days.

The IMD informed that Delhi had received a mean maximum temperature of 37 degrees Celsius in May which is the lowest for the month in 13 years with no heatwave reported.

India's capital city also received 144.8 mm rain this month which was the highest since 2008.

IMD had earlier predicted that the country will receive average rainfall this year. Amid the expectation of a normal monsoon, CEA K Subramanian said that food grains production is projected to be at record level this fiscal.

Last year the country had received average rainfall for the second consecutive year.

According to the private forecasting agency Skymet, India's monsoon rains is expected to be 103 per cent of the long-term average in 2021.