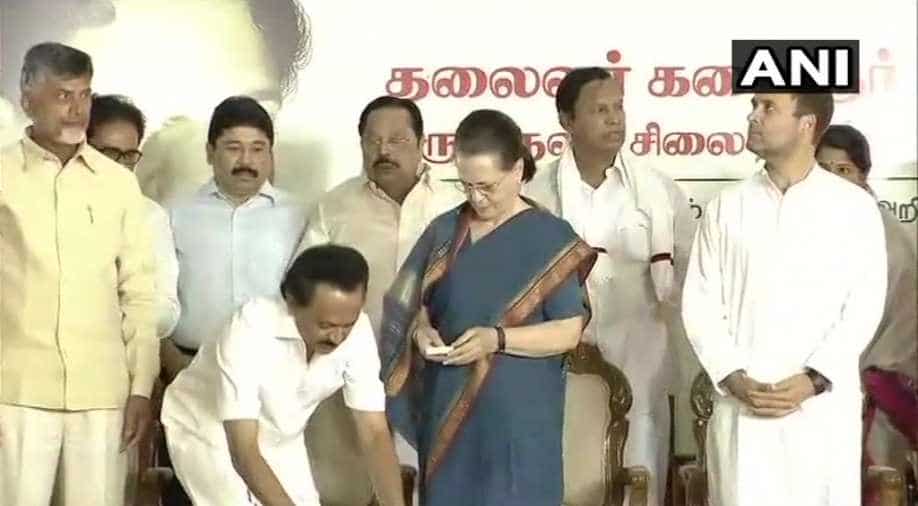 Rajnikanth was also present on the occasion

Sonia Gandhi was received by DMK President M K Stalin at the party office in the city.

Rajnikanth was also present on the occasion.

Sonia Gandhi, Rahul Gandhi, Stalin, Chief Ministers Naidu, Vijayan, Narayanasamy and others will be addressing a public rally in Chennai later in the day.