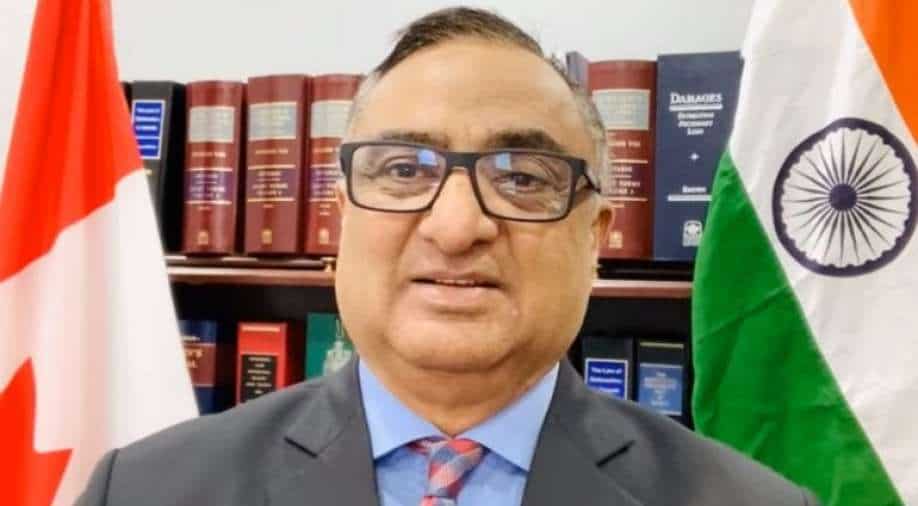 Sangha said that some Sikhs including MPs pressurised to remove the phrase 'Khalistani Extremism', thus compromising the security of Canada

Indian-Canadian MP Ramesh Singh Sangha has hit out at few Sikhs MPs in the Canadian Parliament for protecting pro-Khalistanis, who are spewing venom against India and interfering in the country's internal affairs.

In his virtual speech in Parliament on Wednesday, Sangha said, "I am a proud Sikh by birth. Like Sikhs in Canada, I am not a Khalistani extremist or a sympathiser. However, there are few Sikhs in Canada as well as in this House (Parliament)."

While slamming the extremist elements, Sangha mentioned Canada's Intelligence Report 2018 in which 'Sikh (Khalistani) Extremism' was used initially. The Canadian MP also said, he and other members of the Sikh community were grateful as the government took away the word 'Sikh' from the report but it was shameful on part of some Sikh MPs and ministers that pressurised the government to remove the word 'Khalistan' from the report."

Furthermore, Sangha said that some Sikhs including MPs pressurised to remove the phrase 'Khalistani Extremism', thus compromising the security of Canada.

The 2018 Public Report on the 'Terrorist Threat to Canada' raised serious concerns over the grooming of pro-Khalistani outfits in Canada, who are also indulged in anti-India activities.

The report said, "Some individuals in Canada continue to support violent means to establish an independent state within India. These violent activities have fallen since their height during the 1982-1993 period when individuals and groups conducted numerous terrorist attacks. The 1985 Air India bombing, which killed 331 people, remains the deadliest terrorist plot ever launched in Canada".

"While attacks around the world in support of this movement have declined, support for the extreme ideologies of such groups remains. For example, in Canada, two organisations, Babbar Khalsa International and the International Sikh Youth Federation have been identified as being associated with terrorism and remain listed terrorist entities under the Criminal Code".

Sangha said that Sikh MPs in Canada are working to protect these extremists. "Their hidden agenda was to camouflage all the names from long-time links to the movement, even their own near and dear ones", he said in his virtual speech.

"Shame on them for pandering to extremists in Canada! History will not forgive them," said the Indian-Canadian MP. Ramesh Singh Sangha was serving his second term as a Liberal MP in Canadian Parliament but recently removed from the party due to the blunt criticism of his own government in terms of accommodating 'Khalistani Elements' in the government.