Sidhu's message to Gandhis: 'My life is yours' 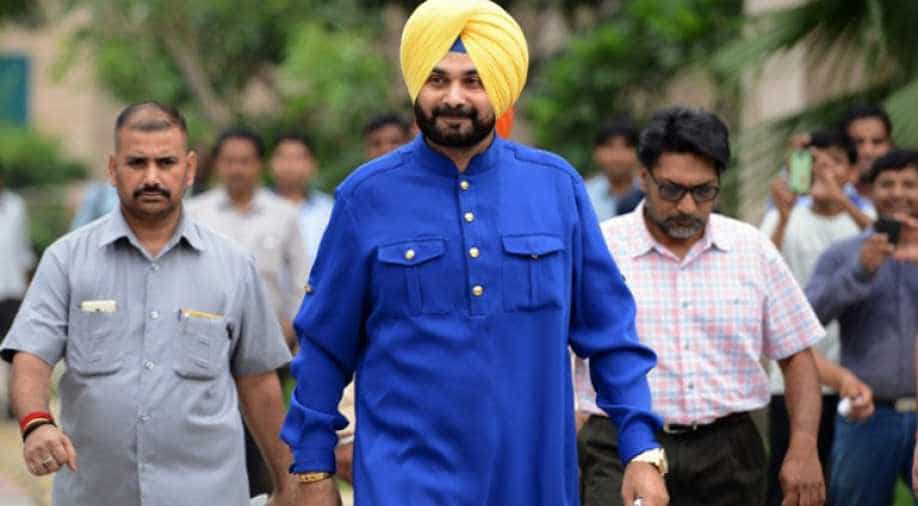 Hours after the Supreme Court convicted him for voluntarily hurting a 65-year-old man but spared him a jail term, Punjab cabinet minister Navjot Singh Sidhu said that he had told Congress president Rahul Gandhi and his sister Priyanka that 'my life is yours'

Hours after the Supreme Court convicted him for voluntarily hurting a 65-year-old man but spared him a jail term, Punjab cabinet minister Navjot Singh Sidhu said that he had told Congress president Rahul Gandhi and his sister Priyanka that "my life is yours".

The Congress leader also said that he would meet Rahul Gandhi and Priyanka Gandhi to thank them for supporting him.

"I have sent messages to Rahul ji and Priyanka ji. I have stated that my life is yours. The CM sahib also called me up and I told him, till my last breath, I am committed to the welfare of Punjab," Sidhu said.

The Punjab cabinet minister described the 1988 road rage case as "an accident, nothing else" and said he has been a survivor all his life. He also thanked God for helping him during "trying times" and expressed gratitude to the people for their blessings.

A bench of justices J Chelameswar and Sanjay Kishan Kaul reversed the findings of the Punjab and Haryana High Court, which had convicted Sidhu for culpable homicide not amounting to murder and sentenced him to three years in jail.

The Supreme Court bench also imposed a Rs 1,000-fine on the cricketer-turned-politician.

Asked whether he regretted the episode, Sidhu said, "A life was lost and everybody will regret it. But the court says it was an accident. I have submitted to the majesty of the law and whatever the court says I abide by it."

The minister said he was not nervous ahead of the verdict in the 30-year-old case. "I got up at 3 am... I meditated. I played with my dogs for almost an hour," he said.
"You will never see me cribbing and pointing fingers at others. I am strong enough to carry my burden on my own shoulder," he said. "The Almighty has always helped him tide over difficult circumstances. It is the grace of God which has helped me through trying times."

"I have been a survivor all my life. It is the grace of God which always prevails and bails me through. Every adversity has made me bigger and hence my reputation. From the age of 7 till 53, there has been no defeat," he said.

Sidhu said he had no hard feelings against anybody and he has forgiven everyone who had criticised him.

"I forgive those who criticized me, who condemned me and made political capital out of this case," he said.

The Amarinder Singh-led Congress government in Punjab had on April 12 favoured the high court's judgment awarding three-year jail term to Sidhu in the top court. The chief minister had maintained that his government had taken the only legally tenable stand in the Supreme Court.

On the Karnataka poll results disappointing the Congress, Sidhu said he did not think Rahul Gandhi's leadership would be questioned. "Rahul bhai is a leader in ascent. He is a man of character. He is growing every day, evolving every day."

"2019 Lok Sabha polls are going to be a different ball game. You look at the allies, you see in UP and Bihar what is happening there," he said, referring to the political success the Samajwadi Party and the Bahujan Samaj Party achieved after reaching an understanding for the by-polls held in March.

"Truth does not see profit or loss. In a war between right or wrong, you can't afford to be neutral. Mission of Sidhu's life is to see Punjab again become the 'Punjab' it was during the time of Maharaja Ranjit Singh," he added.

"I live Punjab, I dream Punjab."