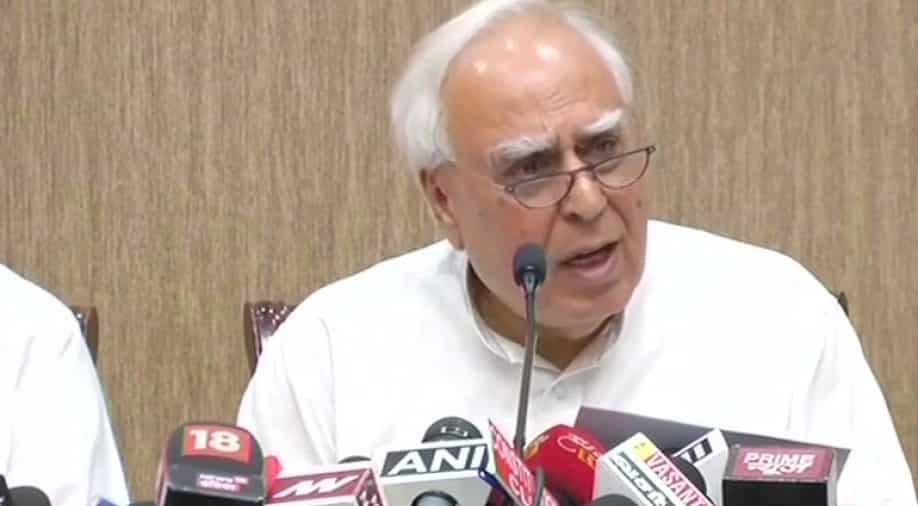 Congress party has escalated its campaign against the Modi government over the Rafale deal in recent weeks.

Congress leader and former Union minister Kapil Sibal has accused the CEO of French aviation company Dassault of trying to hide the truth in the 2016 sale of 36 Rafale planes to India and warned that the company is "falling into its own trap."

"Dassault Aviation CEO Eric Trappier has deliberately tried in recent interviews to 'muddy the waters' over the Rafale deal and Dassault now is trying to hide the truth. Unfortunately it is falling into its own trap," Sibal told reporters here Tuesday night.

"I would warn Dassault that the more they continue to hide the deal, the more likely it is that they will get into serious trouble in time to come," he said.

He said, "we are asking the CEO of Dassault not to muddy the water. We want an inquiry as there is corruption at the highest level in the deal."

Congress party has escalated its campaign against the Modi government over the Rafale deal in recent weeks, with its president Rahul Gandhi alleging that the government forced Dassault Aviation to make Reliance Defence its offset partner for the deal.

However, the BJP and Reliance Defence have dismissed all the allegations as false.

Under Indian defence procurement rules, foreign companies winning contracts must "offset" or reinvest half the total value - in this case around eight billion euros - in joint ventures or purchases with Indian firms.

Sibal said he was also worried about "what is happening in the economic field and sought to know why the banks are selling their non-productive assets to two or three entities and who is backing the bidders.

"There are various forms of corruption, some hidden and some open."