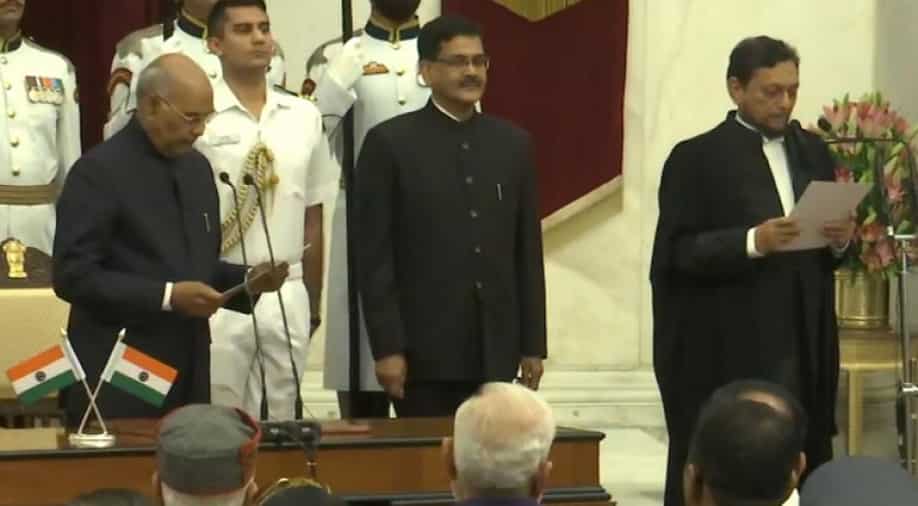 Bobde will succeed Justice Ranjan Gogoi who retired on November 17 after remaining in office for over 13 months.

Justice Sharad Arvind Bobde was on Monday sworn-in as the 47th Chief Justice of India (CJI).

He succeeds Justice Ranjan Gogoi who retired on November 17 after remaining in office for over 13 months.

President Ram Nath Kovind administered the oath of office to the new chief justice at 9.30 am.

Justice Bobde was born in 1956 at Nagpur, Maharashtra and obtained his BA and LLB degrees from Nagpur University.

He enrolled on the rolls of the Bar Council of Maharashtra in 1978 and practised law at the Nagpur Bench of the Bombay High Court with appearances at Bombay before the Principal Seat and before the Supreme Court for over 21 years. He was designated as a senior advocate in 1998.

Justice Bobde was elevated to the bench of the Bombay High Court on March 29, 2000, as an Additional Judge.

He was sworn in as Chief Justice of Madhya Pradesh High Court on October 16, 2012.