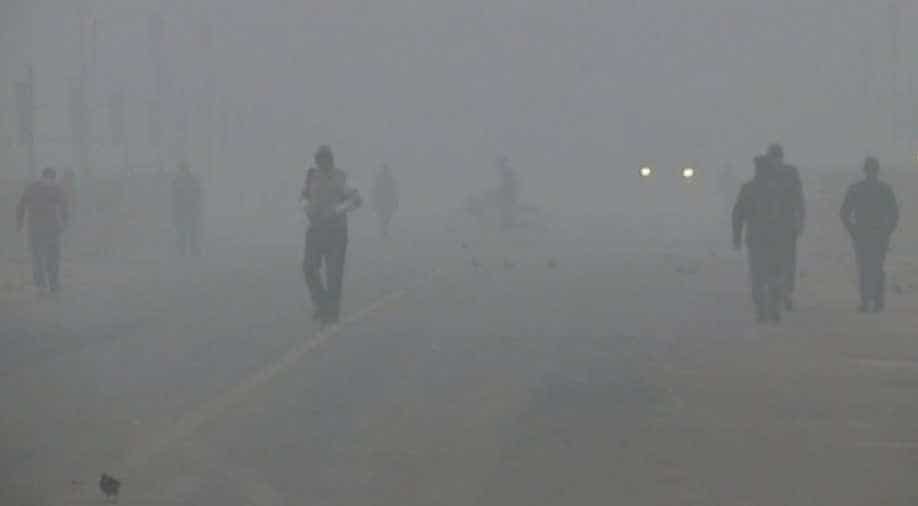 The levels of Particulate Matter are in the "Very Poor" category, according to SAFAR (System of Air Quality and Weather Forecasting And Research). Photograph:( ANI )

Cold wave conditions continued unabated in parts of Delhi with the temperature dropping to 8-degree Celsius on Tuesday morning.

Delhi has been covered with a heavy blanket of fog for the last few days which las lead to disruptions in flight and train operations due to low visibility.

Yesterday's average air quality index (AQI) was at 400 and the levels of Particulate Matter were in the "Very Poor" category, according to SAFAR (System of Air Quality and Weather Forecasting And Research).

Delhi woke up to a thick fog on Monday morning, the first day of the new year, and hundreds of passengers were stranded at the airport for several hours as flight operations were temporarily suspended after visibility on the runways dropped below 50 metres.

Five domestic and seven International flights were earlier delayed in the morning because of poor visibility.