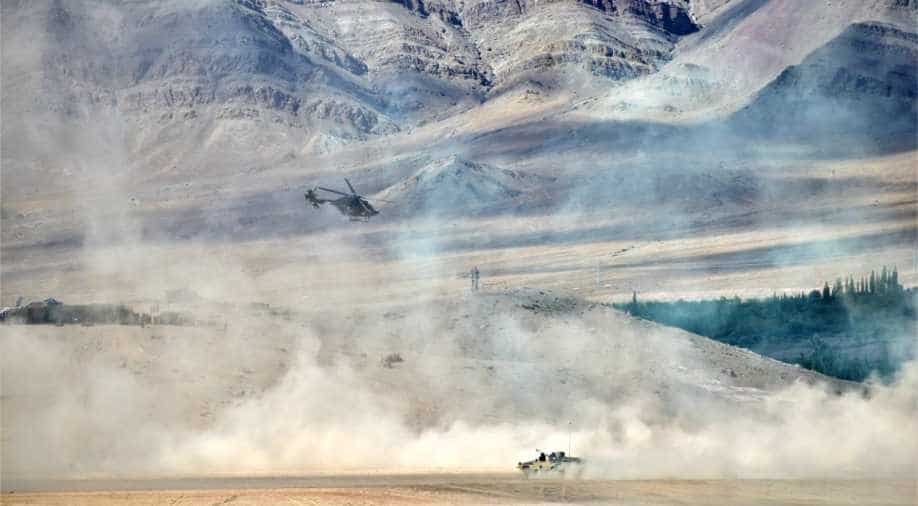 In August last year, India had captured strategic outposts in a night-time operation stationed on key heights. Indian soldiers now have a clear view of troop movements in the disputed territory.

After seven months, nine rounds of talks and several exchanges, China is yet to commit to a complete withdrawal along the Line of Actual Control(LAC).

In the last one year, India-China relations have hit its lowest point.

On June 15 last year, without a single bullet or a bomb there was a bloodbath at the LAC after an unprovoked attack by the Chinese side which led to the death of 20 Indian soldiers and many more Chinese soldiers who still remain unacknowledged.

It was the deadliest border clash between India and China since 1975. It led to a massive troop build-up in the following weeks as India and China poured tens of thousands of troops with heavy weaponry along the 3,500-kilometre long disputed border.

Reports say India has deployed nearly 50,000 soldiers who remain in a high state of combat readiness with India matching the Chinese build-up toe-to-toe, Beijing has been forced to come to the negotiating table.

In August last year, India had captured strategic outposts in a night-time operation stationed on key heights. Indian soldiers now have a clear view of troop movements in the disputed territory. China did try to close in on Indian positions firing warning shots on the border but the Indian side has managed to keep China at bay.

The standoff has spilled to other fronts, beyond the border. India has curbed Chinese investments and banned more than 250 Chinese apps with ties hitting an all-time low. India's external affairs minister S Jaishankar met with his Chinese counterpart Wang Yi. The meeting took place on the sidelines of the Shanghai Cooperation Organisation Summit(SCO) in September last year.

The two leaders managed to reach a five-point consensus to ease tensions but even after nine rounds of military talks, the standoff hasn't ended.  After repeated promises, China hasn't moved back its frontline troops. In several areas, soldiers from both sides remain just a few hundred meters apart from each other.

Meanwhile, the Chinese press has been aggressively pushing war rhetoric releasing videos showing the Chinese military ramping up its troop deployments. The provocations from the Chinese side have continued in 2021. In the latest development, satellites spotted a village along the border in Arunachal Pradesh. China has allegedly built more than a hundred homes in the area which has been under Chinese occupation for decades.

Meanwhile, India continues to ramp up border infrastructure and connect remote villages by roads. The two armies remained locked in their positions on the front while officials continue to look for a diplomatic solution.