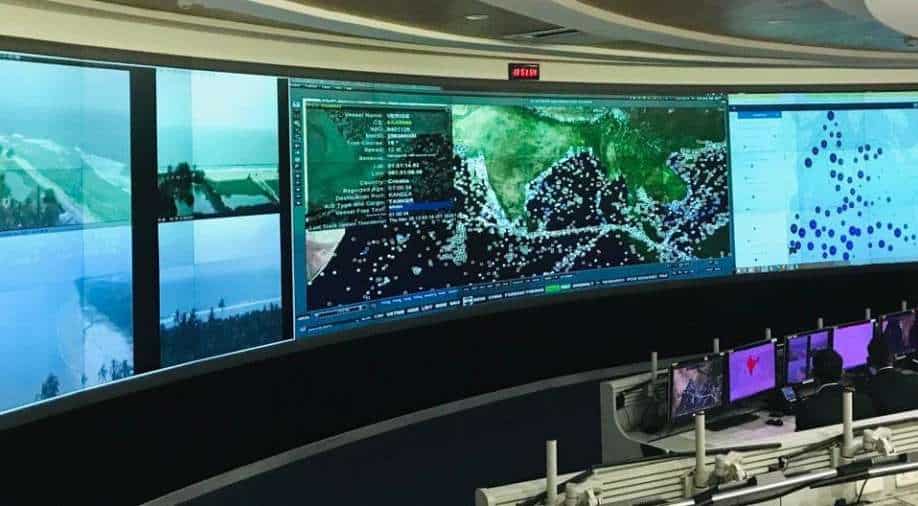 Inside picture of IMAC Photograph:( Others )

Under the NMDA, the fisheries department to local policing authorities will get information on development or movements across the coast.

India is all set to beef up its "eye in the Indian Ocean" with the up-gradation of the Information Management and Analysis Centre or IMAC. The center, soon to become National Maritime Domain Awareness (NMDA) will see all major agencies --civilians as well as defense being on board.

IMAC, based out of Delhi's suburb Gurugram, gets real-time data on movement in the Indian ocean region being fed information from several places--from coastal radar to white shipping agreement India has several countries to coastal surveillance systems and several other ways.

It is interesting to know, IMAC was set up in the aftermath of 26/11 as deterrence of any future act of terror through the maritime route. It has been around 6 years since it has been functioning.

Under the NMDA, the fisheries department to local policing authorities will get information on development or movements across the coast. This will make sure that any risk, especially transnational can be prevented. The idea was to upgrade it was proposed by the Indian Navy, with the CCS of Cabinet Committee on Security expected to take a call soon.

Meanwhile, IMAC which also gives information to IFC-IOR or Information fusion Centre--Indian Ocean Region will see new foreign liaison officers taking up the post, taking the number to around 10-12 . The arrival was delayed due to the COVID pandemic.

At present, France, Japan, and the USA have full-time liaison officers at the IFC-IOR, that shares a campus with IMAC.

The body was inaugurated in 2018, with a focus on India and like-minded countries sharing real-time developments in the maritime domain. It has been also recognized by UN's International Maritime Organization.

In fact, it has 21 countries as partners, the majority from the Indian Ocean region, and is working with 22 multi-national agencies.

In 2019, it conducted a coastal security workshop for BIMSTEC countries. During the MT New Diamond fire incident off the coast of Sri Lanka, IFC-IOR played a key role in the early mobilization of resources that resulting in a quick reaction.