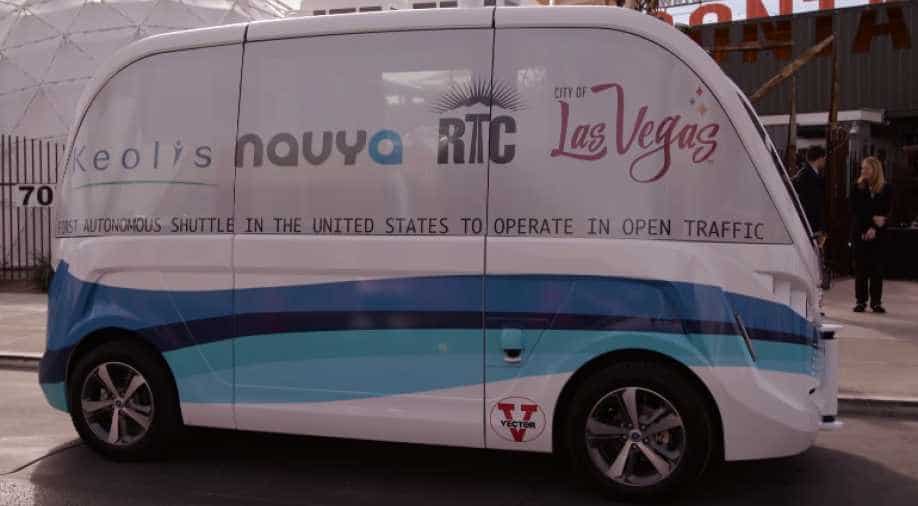 A day after Waymo, owned by Google's Alphabet, announced the launch of a fully self-driving fleet of taxis, a self-driving shuttle bus in Las Vegas crashed on the first day of its service.

The shuttle bus, carrying several passengers, collided with a lorry driving at a slow speed.

However, no injuries were reported in the accident.

Citing a public information officer Jace Radke, BBC said, " the delivery truck was coming out of the alley."

"The shuttle did what it was supposed to do and stopped. Unfortunately, the human element, the driver of the truck, didn’t stop.”

The city officials have held the lorry driver responsible for the collision.

The Las Vegas shuttle is designed with a system developed by a French Company, Navya.

The company is also testing its technology in London.

The shuttle has been designed to carry up to 15 passengers. It has a maximum speed of 45km/h but typically travels at around 25km/h.