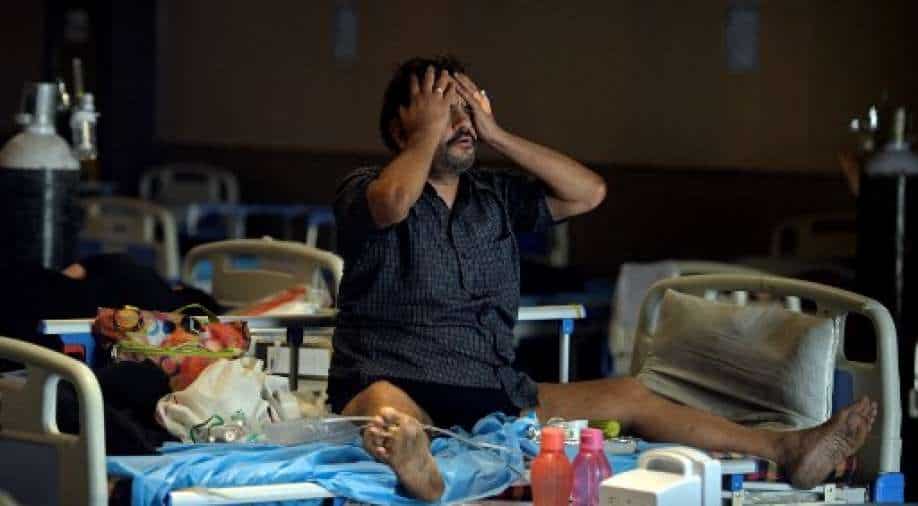 India has reported a record rise in Wuhan virus deaths.

The new infections have not been falling below the 300,000 mark.

In the last 24 hours, over 340,000 people tested positive, however, the decline in active cases gives some hope.

It dropped again today, by over 11,000 with close to 20 million people having recovered from the virus so far.

However, India's death count hasn't dropped with more than 4,200 people dying in the last 24 hours which is the highest ever tally that India has reported in a day.

The total deaths since last year has now touched more than 250,000 but these figures may not tell the full picture because the pandemic has reached India's smaller towns and villages and it is still largely unchronicled.

Meanwhile, the double mutant that has been driving India's surge has been found in 49 countries which is now a variant of "global concern".

Researchers at the Cambridge Business School have developed a tracker. They believe India's second wave has peaked with 18 states, showing signs of decline.

It includes major hotpots namely Maharashtra, Delhi and Uttar Pradesh. Researchers at Cambridge expect the graph to show a fall by May 23 but cases could surge in smaller states like Assam, Himachal Pradesh and Tamil Nadu.

They have been reporting a rise in infections. India could soon have a vaccine for children. The government has approved a new trial for Covaxin. It's a Made in India vaccine. It will now be tested on children between two to 18 years of age.

Reports say 525 participants will be enrolled across multiple locations in India for the first phase of trial. After that, the trial will be opened up to a much larger group.

The regulators need to move quickly because the virus is not slowing down.