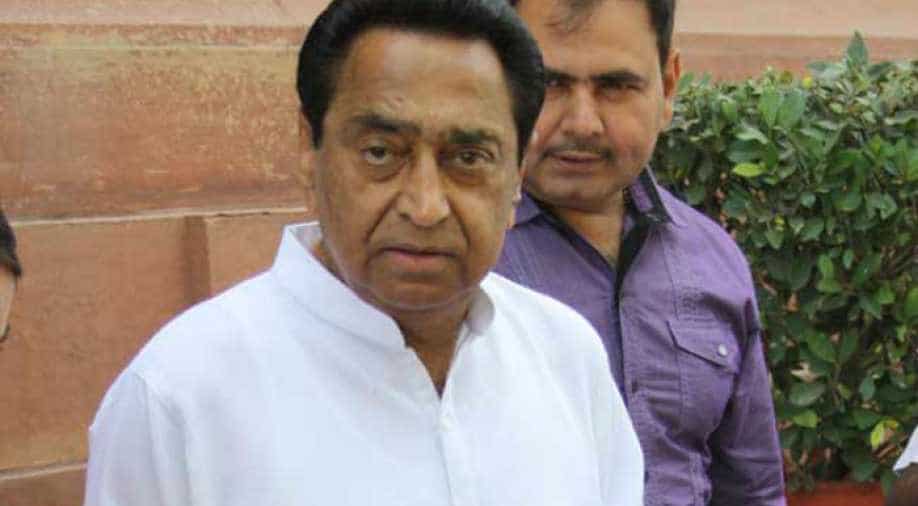 The BJP, meanwhile, called a meeting of its MLAs on Tuesday, where sources said Shivraj Singh Chouhan may be elected as the leader of the legislature party.

Madhya Pradesh Chief Minister Kamal Nath was on Monday engaged in troubleshooting after several lawmakers, including ministers, supporting Jyotiraditya Scindia flew to Bengaluru amid intensified factionalism in the ruling party ahead of Rajya Sabha polls.

As his government appeared to be on a sticky wicket, Kamal Nath, who met Congress president Sonia Gandhi in Delhi to discuss the political situation as well as nominees for the Rajya Sabha election, cut short his visit and returned to Bhopal on Monday night, where he went into a huddle with Digvijay Singh and other senior leaders at his residence, before calling a cabinet meeting at around 10 pm.

The BJP, meanwhile, called a meeting of its MLAs on Tuesday, where sources said Shivraj Singh Chouhan may be elected as the leader of the legislature party.

The rumblings in the Congress had started last week when it had accused the BJP of trying to topple its government after 10 MLAs of the ruling party and those of its allies travelled to Haryana, though the BJP had denied the charge.

Of them, eight had come back and many of them wanted ministerial berths, according to sources. However, two Congress MLAs have not yet returned.

To add to the woes of the party, Scindia and at least 17 MLAs, believed to be supporting him, suddenly became 'incommunicado' on Monday, leading to intense speculation.

Scindia and Nath have fallen out over the post of the state Congress president, which is currently held by the chief minister.

While calls made to Scindia by PTI remained unanswered, mobile phones of at least six ministers who are supporters of the Guna royal are switched off.

Sources said several legislators, including a few ministers, arrived in Bengaluru by chartered flights and were staying at an undisclosed location.

"It is a fight for the survival of Scindia now. It is a do or die battle for Scindia and his group which is being sidelined," a source close to the scion of erstwhile Gwalior kingdom said.