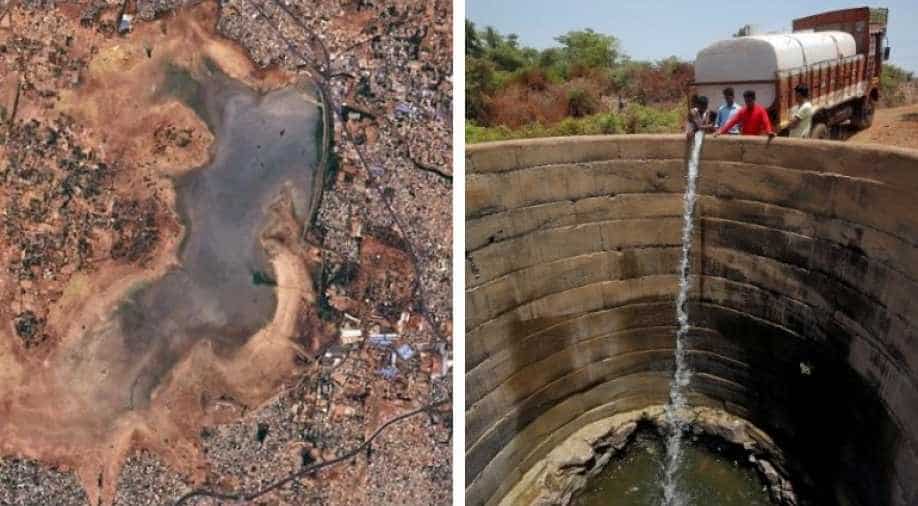 Earther in its report said reservoirs had turned into "muddy splats on the landscape" blaming it on "poor management, overusing groundwater and a shifting climate turning the hydrological cycle on its head".

Chennai has been hit by water shortage in the past month due to delay in the monsoon. According to state government data, the city's four major reservoirs have just 0.2% capacity currently.

The acute water shortage hit the city in December after low rainfall in the last three months of 2018. Hotels are now running the risk of being shut down and major companies have been asked to cut down on water consumption.

Earther in its report said reservoirs had turned into "muddy splats on the landscape" blaming it on "poor management, overusing groundwater and a shifting climate turning the hydrological cycle on its head".

Nityananda Jayaraman, an environmentalist said: “We don't place much value on water, that is very evident from the state of any of the water bodies. This year we have the problem of successive monsoon failures."

"Earth is parched and there is no moisture at all… added to this is the historical mismanagement of water,” he added.

Several states including Maharashtra, Gurajat, Andhra Pradesh and Telangana have also experienced water scarcity. People have been forced to buy water from water tankers with the price of water nearly doubling in the last two months.

“What needs to be done is to design the city from the point of view of water… prioritise the right of water to stay, flow and percolate… prioritise open unbuilt spaces… every construction must have three times the amount of open space around it,” Jayaraman said.

Although the monsoon was expected to hit Kerala coast on June 1, it was delayed until June 6 leading to water shortages in the southern state.

Earther said the city's "reservoir capacity remains well below what’s needed to serve the population". It said that the city has "no water metering program in place" with the problem extending "beyond low rainfall".

The report claimed that Chennai is no longer able to sustain 4.65 million citizens due to the depleting water in its reservoirs.