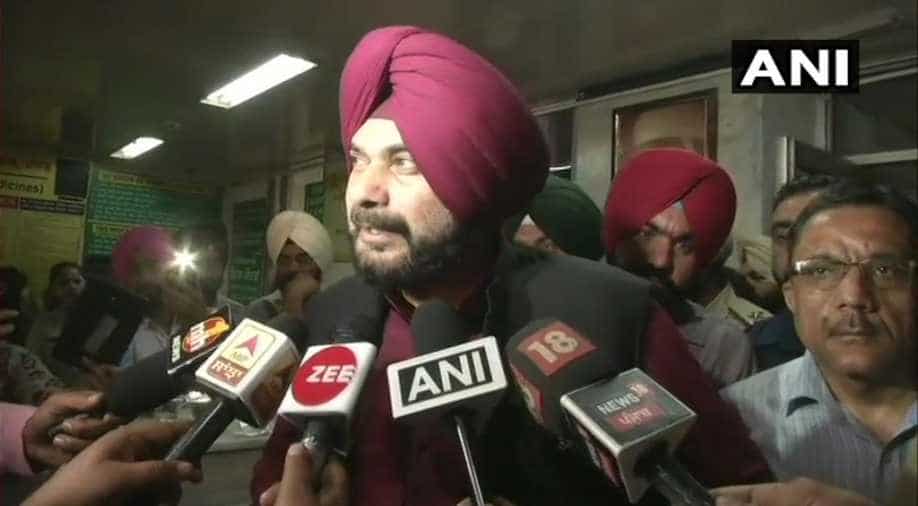 There has been negligence but it was never intentional or motivated, the Punjab minister said

Cricketer-turned-politician Navjot Singh Sidhu on Saturday described the tragic train accident in Amritsar in which close to 60 people lost their lives as a ''sad'' and ''unfortunate'' incident.

There has been negligence but it was never intentional or motivated, the Punjab minister said.

Over 60 people died and at least 70 injured on Friday when a speeding train mowed them down while they were celebrating Dussehra festival.

''It was a sad and an unfortunate incident. It is necessary to understand that it was an accident. There has been negligence but it was never intentional or motivated,'' Sidhu said.

According to reports, people were burning Dussehra effigy near the railway track in Choura Bazar area in Amritsar when a train ran into the crowd.

The accident occurred within minutes when the train came at a high speed, he said and added that the train did not blow the horn.

Punjab Chief Minister Amarinder Singh has ordered an investigation into the incident.

Sidhu visited the Civil Hospital where several injured in the accident have been admitted.

According to railway sources, 10 trains have been short-terminated while five trains short-originated today following the incident.

Punjab Minister Navjot Singh Sidhu visits Civil Hospital in Amritsar where injured have been admitted after the #AmritsarTrainAccident yesterday. pic.twitter.com/6uF6FentoT