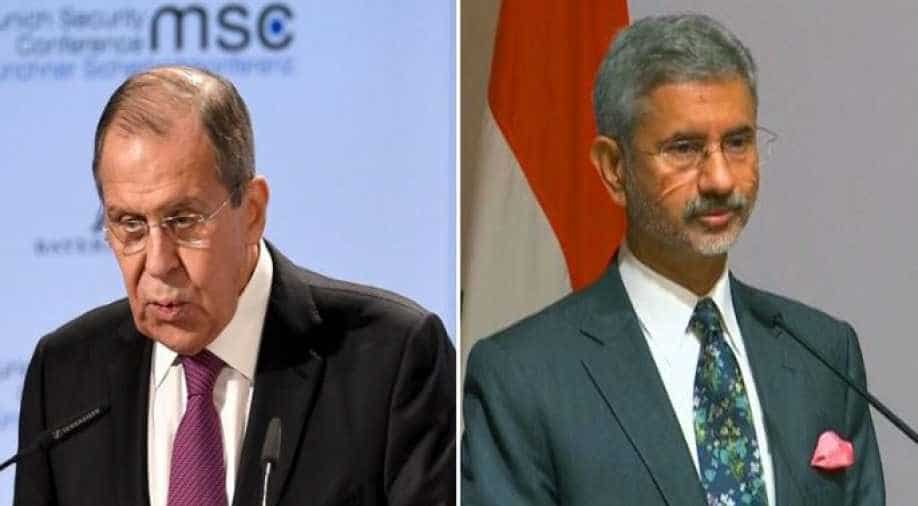 The meeting will come just a few days before the Eastern Economic Forum is due to begin from September 4 to September 6 in Vladivostok.

External Affairs Minister S Jaishankar is slated to meet his Russian counterpart, Sergey Lavrov, in Moscow on August 27, according to Russia's Ministry of Foreign Affairs.

"They will discuss ways to further advance bilateral cooperation, as well as compare notes on the schedule of upcoming contacts," the ministry tweeted.

The meeting will come just a few days before the Eastern Economic Forum is due to begin from September 4 to September 6 in Vladivostok.

Prime Minister Narendra Modi is scheduled to be a part of the forum.

Russia supported India's position on Kashmir. Both the parties reiterated the importance of bilateral consultations and mutual support for principles of sovereignty and territorial integrity.

"NSA’s talks with his Russian counterpart covered preparations for PM’s visit to Vladivostok for the Eastern Economic Forum in early September, bilateral cooperation between the two National Security Councils as well as regional and international issues," read the press release.

Russia and India reaffirmed their intention to bolster counter-terrorism cooperation.

Space cooperation was also on the table. Rogozin lauded the progress of the Chandrayaan programme and conveyed Russia’s support and best wishes for the Mission’s success.