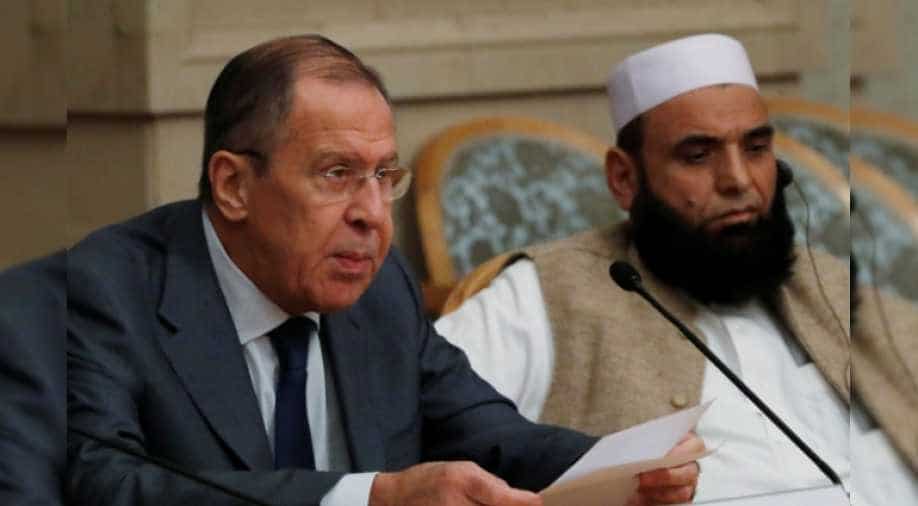 Russian Foreign Minister Sergey Lavrov and a member of the Taliban delegation take part in the Moscow talks on Afghanistan. Photograph:( Reuters )

The Moscow meet on Afghanistan, which took place on November 9, saw participation by Afghanistan, Russia, the US, Iran, Pakistan, India, Central Asian countries, and the Taliban.

Days after the Moscow meet on Afghanistan — in which the Taliban participated — Russia has said it would like a higher-level Indian presence at the talks but added that any level of Indian participation is welcomed.

India's participation at the meet has been called a departure from official New Delhi policy on engagement with the Taliban — India has not engaged with the Taliban with the exception of duing the 1999 hijacking of IC 814.

The MEA however has denied any departure in policy with MEA spokesperson Raveesh Kumar saying in his weekly press briefing that India will support any effort which is "Afghan-led, Afghan-owned and Afghan-controlled and also with the participation of the government of Afghanistan".

The Moscow meet on Afghanistan, which took place on November 9, saw participation by Afghanistan, Russia, the US, Iran, Pakistan, India, Central Asian countries, and the Taliban. Afghanistan was represented by High Peace Council (a body of the Afghanistan Peace and Reintegration Program which was established by Hamid Karzai to negotiate with elements of the Taliban.)

This was the first time the Taliban participated in the meet.

The Russian ambassador also lauded India-Russia ties, saying "they are specially privileged strategic relationship and they will remain to be so".

Asked if Modi and Putin will be meeting before the year-end, he said, "I will not be surprised if they meet one another at the earliest."

The two leaders have met three times in 2018 — first at the informal Sochi meeting, then in Johannesburg on the sidelines of the BRICS summit, and then in Delhi for the annual India-Russia Summit.