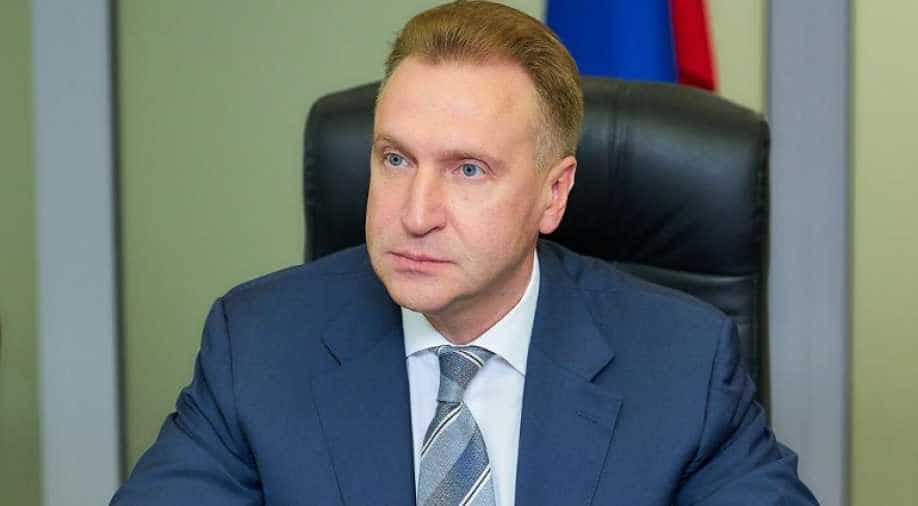 In an exclusive interview with WION, VEB.RF Chairman Igor Shuvalov spoke about the relations between India and Russia and also listed out areas where the two countries need to work together in order to further the relations

Igor Shuvalov served as the first deputy Prime Minister of the Russian Federation in 2008. He also functioned as an aide to the Russian President in 2004. In 2018 he was appointed as the chairman of the State Corporation for Development whose assets in the first half of 2019 stood at 50 billion dollars.

In an exclusive interview with WION, VEB.RF Chairman Igor Shuvalov spoke about the relations between India and Russia and also listed out areas where the two countries need to work together in order to further the relations.

WION: What is the health of Indo Russian investments?

Igor Shuvalov:  India is one of the key Russian partners. Throughout the decades, our countries have been extensively fostering bilateral relations in such important areas as nuclear energy, transport infrastructure, pharmaceuticals, oil and gas and others. We believe that cooperation in certain of the above areas is promising; we are also interested in your experience of developing the urban economy. Over the last five years, the Prime Minister, Narendra Modi, has literally transformed India by making it waste-free. The government of India announced a plan to build around 100 high-technology cities from scratch. In the past, cities were built on river banks, today we build cities next to roads, yet, in the future, their location will depend on access to optic fibre networks and new generation infrastructure. Smart cities will give an impetus to India’s development, as India remains a dominantly agricultural country where almost every fifth household has no uninterrupted power supply.

WION: Which are the areas, which need to be worked on?

Igor Shuvalov: As a development institution, VEB.RF aims to further the relations between our companies to promote initiatives as part of the Russian-Indian technological partnership. By implementing joint initiatives, Russian companies may consider supplying Russian solar and wind power generation equipment, technologies and services to India. We will consider engaging government institutions and commercial companies to foster the implementation and development of renewable energy sources, including through the Make in India program’s initiatives. I would like to highlight the agreement on cooperation in the field of renewable energy sources between VEB.RF, Zarubezhneft, Hevel and Indian Oil Corporation Limited and SUN Group signed at the last Eastern Economic Forum in Vladivostok. Taking into account the renewable energy sector growth rates in the Republic of India and its increasing demand for RES, the parties agreed to consider the implementation of projects with various combinations of generating equipment (up to 23GW capacity), as well as complexes for energy transfer and storage.

WION: Which are the new areas both can focus on?

Igor Shuvalov: With regard to the Indian-Russian relations, we have a lot of improvement opportunities, i.e. development of convenient transport corridors, logistics optimisation, bilateral trade in national currencies, and development of SMEs. Future business contacts will benefit significantly from a new trade representative office of a VEB.RF’s subsidiary, Russian Export Centre, opened in February 2019 in Mumbai jointly with the Russian Ministry of Industry and Trade. In general, Russia and India should have a target to reach an USD30bn bilateral trade volume by 2025.

WION: How is Russia handing US sanctions and what does this mean to the world at large?

Igor Shuvalov: I faced this agenda for the first time when I was a member of the government. I have the following opinion: it makes us mobilise our resources, reinvigorate ourselves, and gauge our strength to progress ahead. There is nothing good about the sanctions, but the sanctions are likely a chance for us to fulfil our potential: to stay awake, to stay alert, and to count only on ourselves. You should understand that you are the maker of your success.