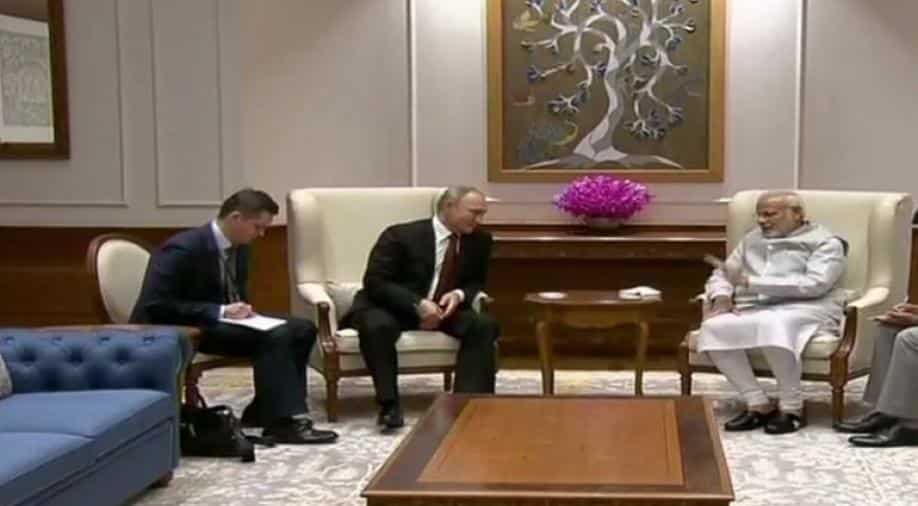 Russia Friday reaffirmed its "unwavering support" to India for a permanent seat in an expanded UN Security Council as both nations called for reform of the powerful UN organ to better reflect the current world order and make it more effective in dealing with emerging global challenges.

The strong backing by Russia was expressed in the joint statement issued after the 19th India-Russia summit between Prime Minister Narendra Modi and Russian President Vladimir Putin here.

Russia and India also underlined the importance of the full and effective implementation of the Joint Comprehensive Plan of Action (JCPOA) on the Iranian nuclear programme in order to support international peace and security, to strengthen non-proliferation regime and to develop normal economic cooperation with Iran.

The statement assumes significance amid US' warning to all purchasers of Iranian oil to bring it down to zero by November 4 or face imminent sanctions from it.

The two sides called for all issues related to the Iranian nuclear programme to be resolved peacefully and through dialogue.

Earlier this year, US President Donald Trump had pulled the US out of a nuclear agreement that the administration of former President Barack Obama had signed with Iran.

During the talks here, Russia and India also reaffirmed their commitment to their special and privileged strategic partnership and asserted that this relationship was an important factor for global peace and stability.

The two sides reaffirmed the need to reform the UN Security Council to better reflect the current world order and make it more effective in dealing with emerging global challenges, said the statement titled, 'India-Russia: an Enduring Partnership in a Changing World'.

"Russia reiterated its unwavering support to India for Permanent Membership in an expanded UNSC. Both sides resolved to work closely to ensure peace, security and equitable development both regionally and globally and to coordinate their efforts to address challenges to the stability of the world order," it said.

Currently, the five veto-wielding permanent members of the United Nations Security Council are China, France, Russia, the UK, and the US.