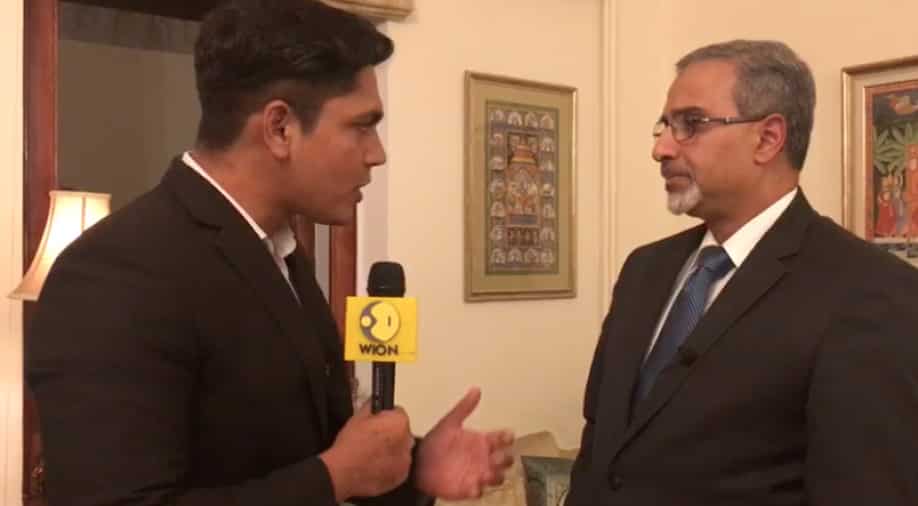 'New Delhi's view of Moscow is that our relationship with Russia remains one of the most important relationships in a fast-changing world,' Indian envoy to Russia DB Venkatesh Varma told WION.

With curtains down on the G7 Summit where PM Modi held 6 bilaterals, the focus now shifts to Russia where he will visit next week for annual India-Russia Summit and the Eastern Economic Forum. Speaking to our principal diplomatic correspondent Sidhant Sibal in Moscow, Indian envoy to Russia DB Venkatesh Varma said, New Delhi sees a reliable and a long term partner in Russia. He spoke at length on EAM Jaishankar and PM Modi's upcoming Russia visits.

WION: How do u see the ties between the two countries?

Varma: The special and privileged strategic partnership between India and Russia is now poised for a new leap forward. Today we start the visit of External Affairs Minister S Jaishankar for talks with his counterpart Russian foreign minister Sergey Lavrov. There have been a series of high-level contacts between India and Russia  - visits of two deputy Prime Ministers of Russia to India and the visit of NSA Doval to Moscow. Oil minister Dharmendra Pradhan will also visit by the end of the month. Huge delegations, probably the largest Indian delegations visited Russia under the leadership of Commerce and Industry Minister Piyush Goyal and visits of four chief ministers to Vladivostok to prepare for the visit of PM Modi in early September. This has been a summer of intense activity in India-Russia relationship.

WION: What will be the focus of External Affairs Minister S Jaishankar's visit?

Varma: The primary purpose of Dr Jaishankar's visit is to finalise the preparations for PM Modi's visit to Vladivostok where we will also have the 20th annual summit between PM Modi and President of Russia Vladimir Putin. Our PM will be the chief guest at the Eastern Economic Forum in Vladivostok on September 5.

Our EAM's visit is intended to tie up preparations for the visit. This is the first visit of our EAM after taking charge and we will, therefore, have the opportunity to go through the entire gamut of bilateral, regional and international regions. We have a long tradition of talking to Russia, discussing the issue which is of interest to us. Russia increasingly looks at India as a partner not just in regional context but also as a global player. Russia has traditionally been a global player and that will be the focus of our discussions. Naturally, our cooperation in BRICS and SCO, both of which will be led by Russia next year and the RIC, is a matter of high priority for the Russian side. When India and Russia talk, common ground generally expand much more than we had in the past and we expect the same result from Dr Jaishankar's visit to Moscow.

WION: Will Afghanistan be discussed?

Varma:  In the regional context, in terms of Afghanistan, it is a matter that will be addressed in considerable detail between India and Russia.  As you know, talks in Doha are coming to a near conclusion and the outcome is of interest to India and Russia. We will exchange notes, we have a common interest, we would like Afghanistan to be a country, stable, peaceful and meet the interest of the Afghan people. We would like a peace process, that is Afghan-led and Afghan-owned and Afghan-controlled and we do hope gains that have been made in last 18 years will be preserved and we look forward to consolidating our relationship with Afghanistan, keeping this mind.

Varma: New Delhi's view of Moscow is that our relationship with Russia remains one of the most important relationships in a fast-changing world. We see Russia as a partner, a very reliable partner, a long term partner and that is also reflected in the relationship between PM Modi and President Putin.

The two leaders have met on several occasions. This will be the bilateral summit in Vladivostok but they met in Osaka and Bishkek and on each occasion, our agenda for bilateral cooperation on regional and international cooperation has only expanded. Therefore, India and Russia are poised on a new trajectory of growth and we are very confident that Vladivostok bilateral summit will not only result in consolidating traditional pillars of cooperation between India and Russia  - which is in the field of defence, nuclear, space and energy - but add to these traditional pillars. We will add new pillars of cooperation which will give a boosted momentum to our relations by including interregional cooperation.

We see commonalities in terms of economic cooperation, in terms of investments. You can expect some major announcements on how India-Russia relations will be diversified and cooperation in Russian far east will be a major component of that diversification.