Russia backs India on abrogation of Article 370, says it's an internal matter 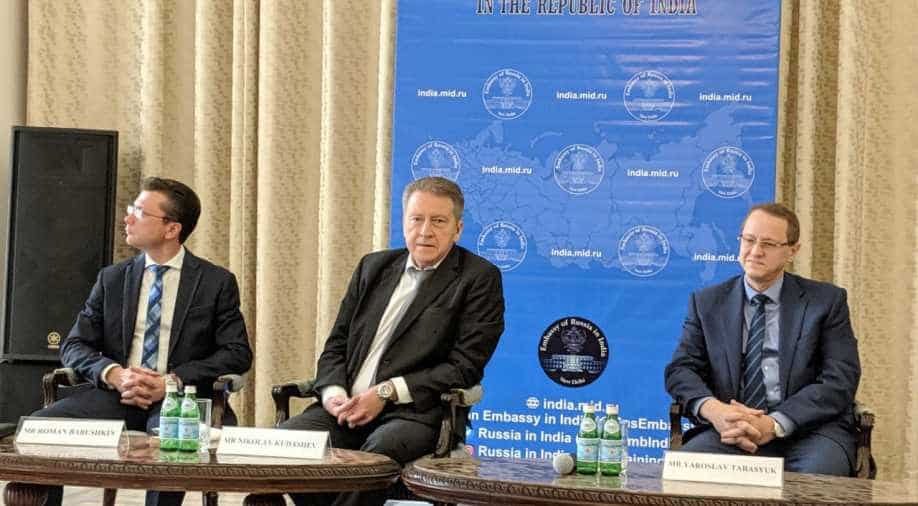 India has always maintained that issues between India and Pakistan are bilateral innature and does not require mediation from any international power.

India's long-time ally Russia today came out strongly in support of India on the issue of abrogation of article 370 by the NDA government.

Russian ambassador to India, Nikolay Kudashev said that abrogation of article 370 is an internal matter of India and is also India's sovereign decision.

"All disputes between India and Pakistan can be resolved through the Shimla and Lahore agreement and our view is exactly as that of India,” he said.

India has always maintained that issues between India and Pakistan are bilateral innature and does not require mediation from any international power.

Russia's views comes in the wake of Prime Minister Narendra Modi's high profile visit to Vladivostok, Russia’s pacific capital next week. The Indian prime minister will be the chief guest at the Eastern Economic Forum(EEF) being hosted by Russia.

Russia's clear support to India on Jammu and Kashmir has once again proved that Pakistan hasn't been succuessful in internationalising the Kashmir issue and has failed to convince major powers on the issue. Pakistan's chief ally China has remained the sole exception in the case.

The Russian ambassador said that the EEF in Vladivostok has become another promising platform for Russia-India business interaction like the Saint Petersburg Economic Forum or Vibrant Gujarat.

Kudashev added that the summit will witness high level engagement and will lay the foundation of India-Russia relationship in trade, investment, energy, tourism and people-to-people interaction.

Russia’s Far East is sparsely populated but India has not taken the lead which Chinese have done in the area. There is a small diaspora in Vladivostok, but it is limited to diamond and tea sector. Lot of Indian students also go to Russia for medical degrees and Vladivostok also has a share of them.

Russia wants trade with India to reach 30 billion dollars by 2025 which pales in front of China-India trade volume.

Both nations trade volume is around 60 billion dollars.

Russia was once closest strategic partner of India but over a period India diversified itself in both trade and defence with other countries.

Russia wants to provide a new impetus to new forms of collaboration in military and military-technical cooperation, nuclear, hydrocarbon and alternative technology.

India will receive S-400 in 2023, Roman Babushek, Depyty Ambassador to India said and added that the delivery is on time despite intense American pressure on the Indian government to not to go ahead with the deal.