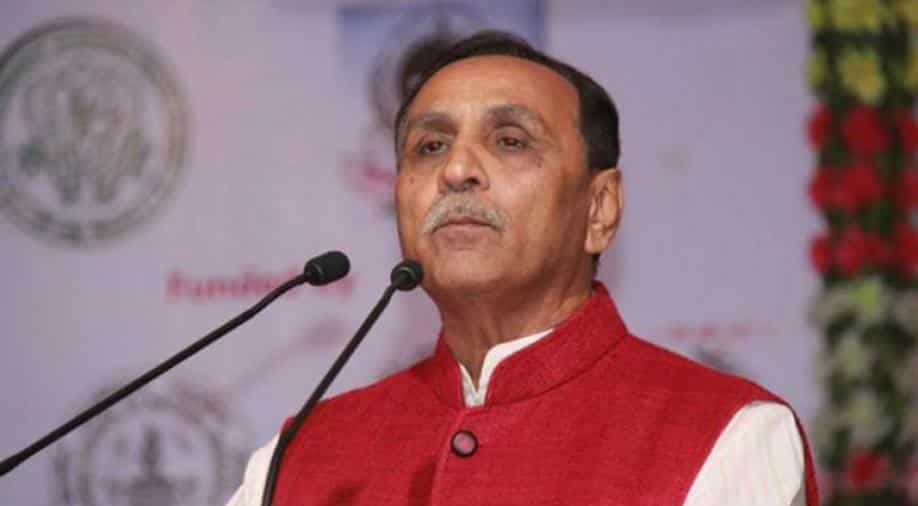 5,538 projects related to the education sector were launched by Rupani from Gandhinagar, said a government release.

Gujarat Chief Minister Vijay Rupani Tuesday inaugurated or laid foundation stones for projects worth Rs 666 crore across the state to mark the completion of one year in office.

As many as 5,538 projects related to the education sector were launched by Rupani from Gandhinagar, said a government release.

Rupani had taken oath as the Chief Minister of Gujarat for a second time on December 26 last year after the ruling BJP retained power in the elections held that month.

The CM either inaugurated or laid foundation stones for projects worth Rs 666 through remote control from a function held at the Gandhinagar Civil Hospital.

During the event, Rupani also interacted with beneficiaries, students, parents and Anganwadi workers of 21 district through video conferencing facility.

Speaking on the occasion, Rupani claimed the BJP government has developed a "corruption-free system" where pro-people works are being carried out in a transparent manner.

In his address, Deputy Chief Minister Nitin Patel said instead of doing some work "here and there", the BJP government believes in carrying out development works on a "wholesale" basis.

Meanwhile, speaking in Vadodara, Rupani said over 23 lakh farmers in drought-hit 96 tehsils in Gujarat have started getting input assistance from Tuesday.
He was speaking at an event where Gujarat's first amusement park, constructed at a cost of Rs 125 crore and located at Ajwa near Vadodara, was inaugurated.

The Gujarat government has announced to pay input assistance to farmers of drought-hit areas in three different slabs. The aid will be provided as per the rainfall received in the affected areas during the monsoon.