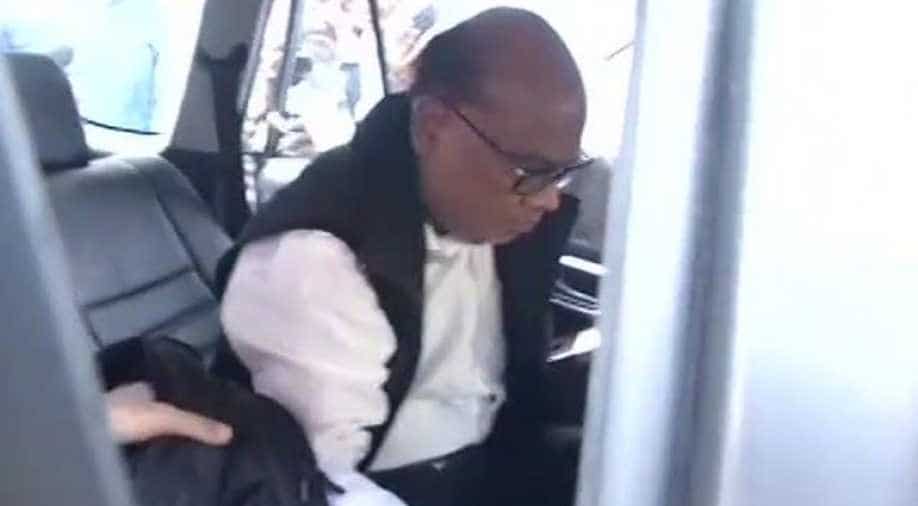 Vikram Kothari and his son Rahul were arrested on February 22 in connection with the Rs 3,695-crore loan default case. Photograph:( ANI )

On Friday, a Delhi court sent Vikram Kothari and Rahul Kothari to Lucknow for a day's transit remand on a plea by the CBI

Rotomac Pens owner Vikram Kothari and his son Rahul were on Saturday sent to 11 days CBI remand by a special CBI Court in Lucknow.

On Friday, a Delhi court sent the   Rotomac owner and his son to Lucknow on a one-day transit remand on a plea by the Central Bureau of Investigation (CBI).

Vikram Kothari and Rahul Kothari were arrested on February 22 in connection with the Rs 3,695-crore loan default case

The income tax department on Friday attached 12 more bank accounts of the Rotomac group in addition to the 14 bank accounts attached earlier, IT sources said.

Six prosecutions have been sanctioned against Vikram Kothari, ANI quoted IT sources as saying.

The IT department had attached 14 bank accounts of Rotomac on Tuesday.

The amount increased to Rs 3,695 crore, including the accrued interest, because of repeated defaults on payment, the agency said.