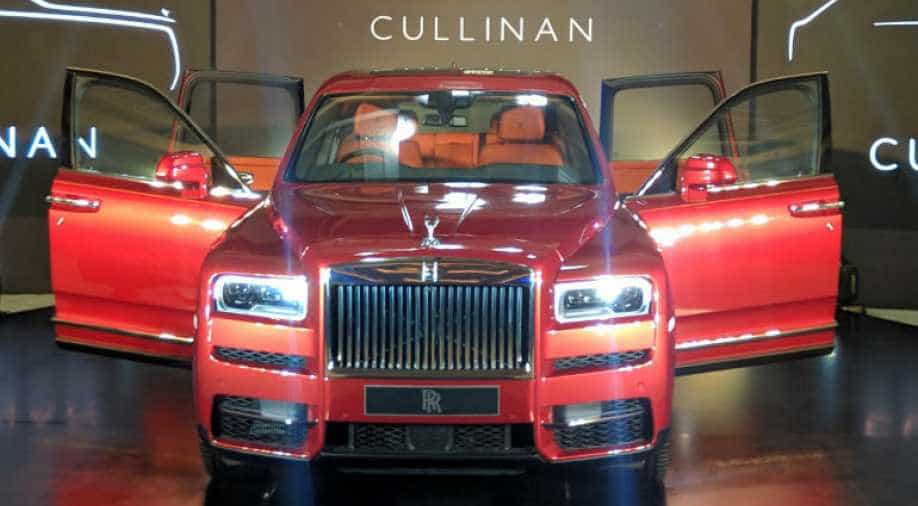 The Cullinan comes as an addition to the line-up of five cars that the British carmaker had launched in the last five years.

Rolls Royce Motor Cars, the maker of ultra-luxury automobiles, launched its first-ever Sport Utility Vehicle (SUV) Cullinan in India on Thursday. The SUV derives its name Cullinan, from one of the largest diamonds ever found.

The car is powered by a 6.75L V12, twin turbo engine that delivers 563 horsepower and 850 Nm of peak torque. The company is calling it an 'Effortless Everywhere SUV' that feels equally at-home while off-roading and while navigating the city.

Rolls Royce executives said the vehicle underwent design and testing for several years, across extreme climatic conditions. The company claims that vehicle was extensively tested in icy conditions, the deserts of Dubai and Scottish Highlands.

The Cullinan comes as an addition to the line-up of five cars that the British carmaker had launched in the last five years. The past launches included the two-door GT, the Dawn, Wraith, Ghost and Phantom 8.

One glance at the car and the iconic design elements of the Roll Royce family such as the large front grille with the RR logo, 'Spirit of Ecstasy' hood ornament above the logo are unmissable.

As an additional accessory, buyers can also opt for twin electronically deployed seats that emerge out of the base of the boot along with a cocktail table in the middle.

The car is available in a staggering 44,000 colour options and the executives from the company say that they also offer custom-colours based on customer choices. However, if you’re looking to get your hands on one, the waiting time is between nine and 11 months. Buyers in India would also have to shell out around 250 per cent of import duty on the luxury car.

Rami Jourdi, Regional PR Manager for the company, said that there has been an overwhelming response in India for the Cullinan and customers have already placed orders. He also added that 2018 was a very successful year for the company with 4,107 cars delivered to customers. "When compared to 2017, we grew 22per cent and India was a part of the success," he added.

Speaking of customers who had expressed interest in the Cullinan he said, most of the customers are new and many of them are ones who added this car to their Rolls Royce collection. He also emphasized on the luxury brand’s aim to expand across India beyond their existing dealership and showrooms in Chennai, Delhi and Hyderabad. South India continues to be an important market for Rolls Royce, he added.