Revolt fails to take off in Congress against Gandhis; the gang of 23 snubbed in public 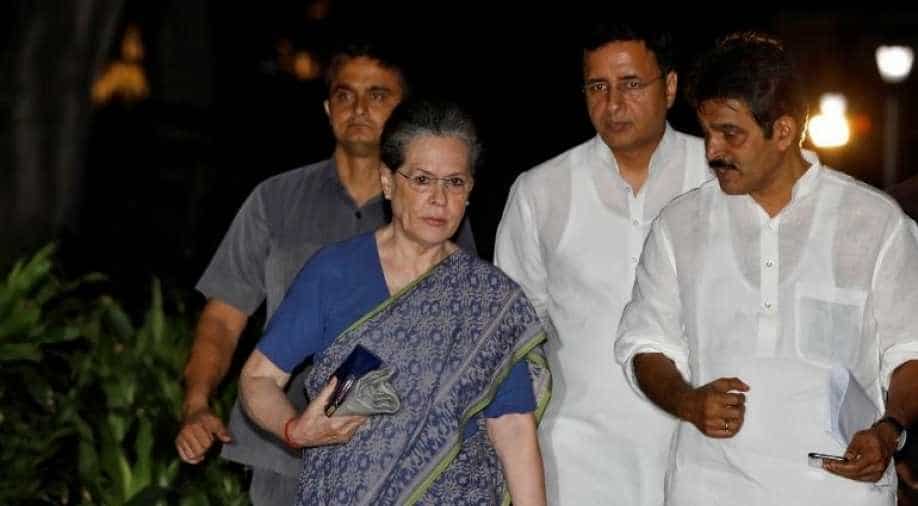 Sonia Gandhi will continue as interim President of the Indian National Congress till a new chief is elected in an All India Congress Working Committee (AICC) session.

According to the reports, Congress's new chief will be elected within the next six months. The decision was taken at the Congress Working Committee (CWC) meeting which took place on Monday.

Meanwhile, the Congress Working Committee saw bloopers of epic proportion take place during the meeting. Not only deliberations were leaked verbatim, but the members of the party themselves also took pictures of the meeting and distributed it to the media.

Such was the panic in the initial 2 hours of the meeting that Congress President Sonia Gandhi had to express displeasure to the members while the meeting was on. Party managers had to send express messages outside so that the leaks could be prevented. Such was the flow of information that Kapil Sibbal who is not part of the Congress Working Committee tweeted on a statement allegedly made by Rahul Gandhi.

Randeep Surjewala, head of Congress media department denied the news. Subsequently, Kapil Sibbal withdrew the tweet that Rahul Gandhi himself called him to say that he never said that those who wrote the letter top Sonia Gandhi were colluding with BJP.

It also sent the social media department into a tizzy. Messages were sent to the leaders that they should ensure that their screen remains switched so that everyone can see who is in the frame and who has left.

The leak of gargantuan proportion has left the party red-faced. Instead of discussing real issues, a large portion of time was consumed by the blame game.

No one said that either Sonia Gandhi or Rahul Gandhi should leave their current roles.

On top of it, the chorus inside became an exercise in endorsing and strengthening the position of Rahul Gandhi in the Congress Party.

The meeting which was supposed to address the structural issue took an emotional turn and ended up persuading Sonia Gandhi to continue as the interim president.

Lastly, those who were supporting dissenting voices in Congress were first to support Gandhi’s and leading to the Gang of 23 getting royally snubbed.