IIT researchers discover molecule that can be used to treat diabetes 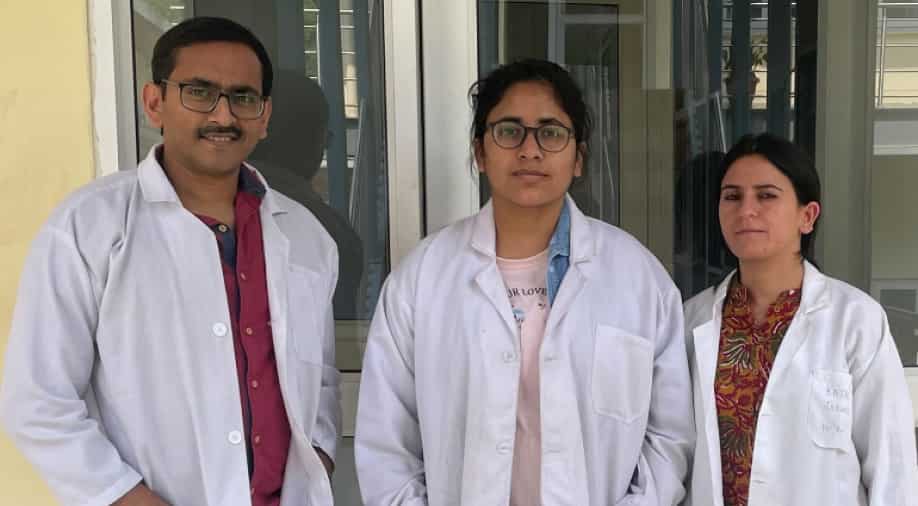 In this picture, IIT Mandi's researcher Prosenjit Mondal can be seen along with his team Photograph:( Others )

The study, published in the Journal of Biological Chemistry, shows the molecule (PK2) triggers the release of insulin by the pancreas

Researchers at the Indian Institute of Technology Mandi have identified a molecule that can be used to treat Type 1 and Type 2 diabetes.

The study, published in the Journal of Biological Chemistry, shows the molecule (PK2) triggers the release of insulin by the pancreas.

According to the study's author Prosenjit Mondal, “Current drugs such as exenatide and liraglutide used for diabetes, are administered as injections, and they are costly and unstable after administration. We seek to find simpler drugs that are stable, cheap, and effective against both Type 1 and Type 2 diabetes.”

The molecule can act as a gamechanger as it can potentially be used as an orally administered medicine for diabetes. Interestingly, India is deemed the world's diabetic capital.

Diabetes, which is a chronic health condition, is associated with insufficient insulin release by the beta cells of the pancreas in response to blood levels.

“We first tested the binding of PK2 on GLP1R proteins in human cells and found that it is able to bind well toGLP1R proteins. This showed that PK2 can potentially trigger insulin release by the beta cells,” said co-author Khyati Girdhar.

In Type 1 diabetes, the pancreas produces little or no insulin while Type 2 diabetes affects the way the body processes blood sugar or glucose.

“Beyond increasing insulin release, PK2 was also able to prevent and even reverse beta cell loss, a cell essential for insulin production, making it effective for both Type 1 and Type 2 diabetes,” added Mondal.