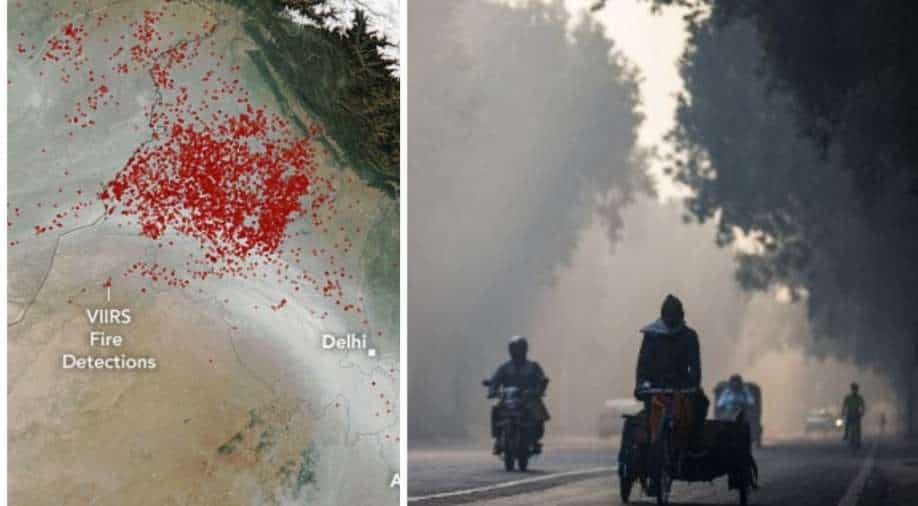 Nasa has released satellite images that show dangerous pollution levels in the Indian capital as smoke from crop fires blanketed the city and contributed to an alarming increase in the levels of air pollution.

Delhi has been coping with air pollution since the start of November month this year. In previous years also, the capital region of India faced similar consequences of stubble burning. The Indian capital is consistently ranked the world's worst capital for air quality.

Last week, the levels of PM2.5 pollutants reached more than 30 times the maximum daily limit recommended by the global health governing body, World Health Organization (WHO). PM2.5 pollutants are the microparticles most harmful to human health and can enter the bloodstream through the lungs.

Now, the imagery Nasa has published, which is dated November 11, shows large plumes of smoke and heightened fire activity as detected by the satellites in northwestern India as farmers burn off excess paddy straw after the rice harvest. 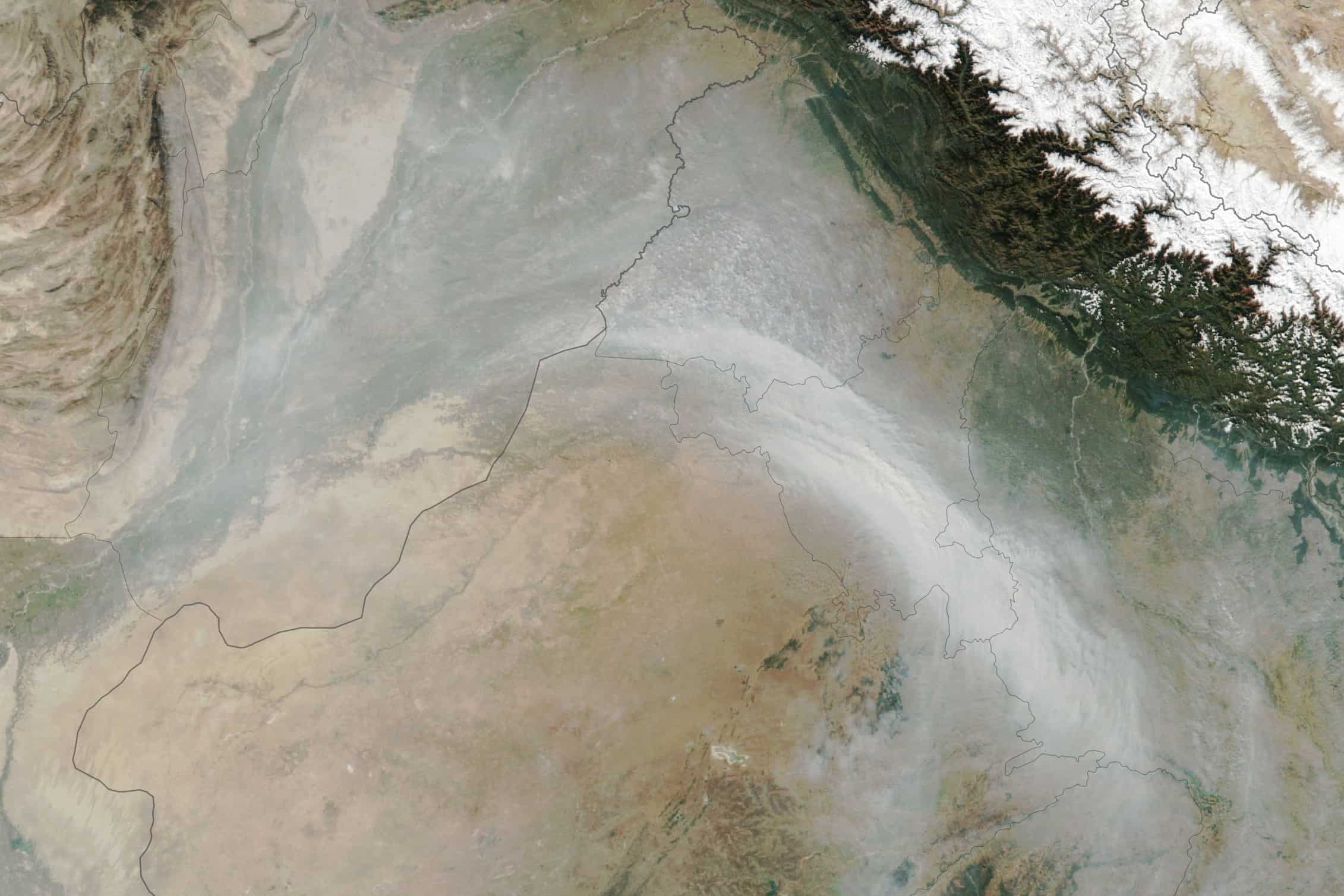 "On November 11, 2021, the Visible Infrared Imaging Radiometer Suite (VIIRS) on the Suomi NPP satellite acquired this natural-color image of a river of smoke streaming from fires in Punjab and Haryana toward Delhi, one of India's most populous cities," Nasa said in its report.

"Looking at the size of the plume on November 11 and the population density in this area, I would say that a conservative estimate is that at least 22 million people were affected by smoke on this one day," said Pawan Gupta, a Universities Space Research Association (USRA) scientist at Nasa's Marshall Space Flight Center.

Authorities in the Indian capital took necessary steps to curb the pollution levels as they ordered six of the 11 coal power plants in Delhi's vicinity to close down until further notice.

Schools have also been shut indefinitely so that children do not come in contact with harmful smoke. The authorities have barred trucks except those carrying essential goods from entering the capital until next week and told civil servants to work from home.