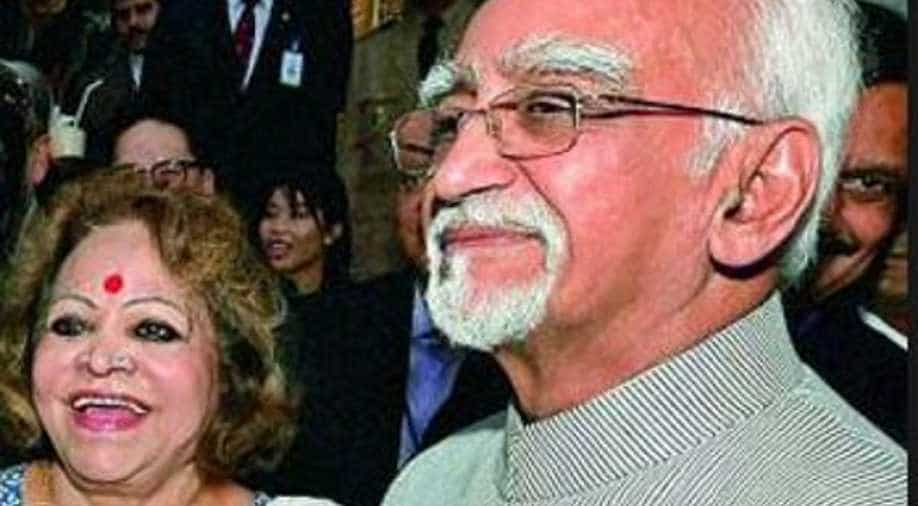 Two unidentified men have allegedly mixed rat poison in the water supply of a madrassa in Aligarh, the Times of India reported Monday.

The Madrassa Chacha Nehru is run by the Al Noor Charitable Society which is headed by former vice president Hamid Ansari's wife, Salma.

Two FIRs have been registered under IPC sections 328 (causing hurt by means of poison) and 506 (criminal intimidation).

Aligarh senior superintendent of police Rajesh Pandey said the police had collected samples of the water for examining.

The TOI reported madrassa warden Junaid Siddiqui as saying the miscreants were spotted by a student.

The student saw two men mixing some tablets in a water tank.

When he asked them what they were doing, one of them told him to keep quiet.

Siddiqui said the other was carrying a country-made pistol.

The student later found a rat poison wrapper, allegedly left behind by the duo, which he handed over to the warden.

The madrassa's students were immediately alerted and directed to a different water source, Siddiqui told TOI.

There are some 4,000 students enrolled with the madrassa.

TOI reported Salma Ansari as saying the incident was "shocking and scary".

She added that the madrassa would be instaling CCTVs on campus.