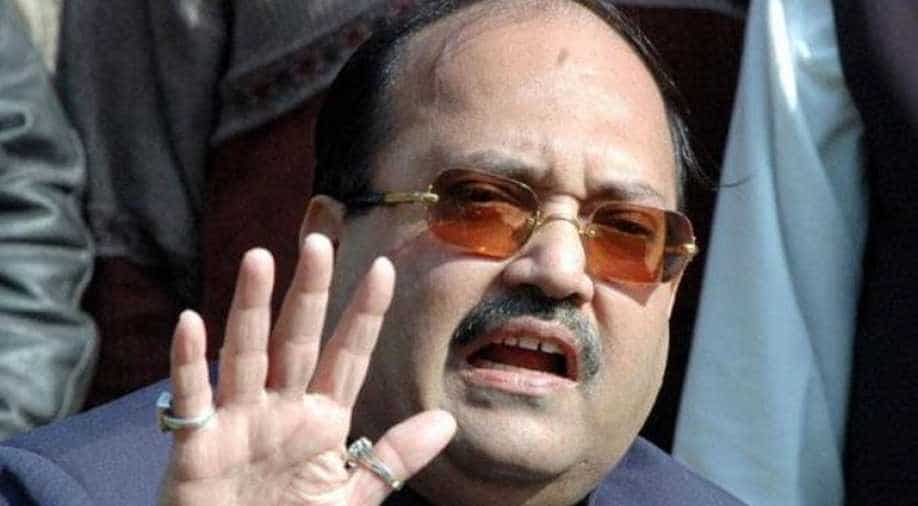 Singh, a former general secretary of the Samajwadi Party, was once known to be very close to party founder Mulayam Singh Yadav.

Former Samajwadi Party leader and Rajya Sabha member Amar Singh passed away in a hospital in Singapore on Saturday. He was 64.

Singh had gone to Singapore in March for surgery in a kidney-related illness.

Singh, 64, had undergone kidney transplant in 2011 and was not keeping well for a long time.

Earlier in the day, the former Samajwadi leader had posted messages on Twitter, paying tributes to Bal Gangadhar Tilak on his 100th death anniversary and also wishing people on Eid.

Singh, a former general secretary of the Samajwadi Party (SP), was once very close to party founder Mulayam Singh Yadav. However, in 2010 there was a fallout and Singh resigned from all party posts and was soon expelled.