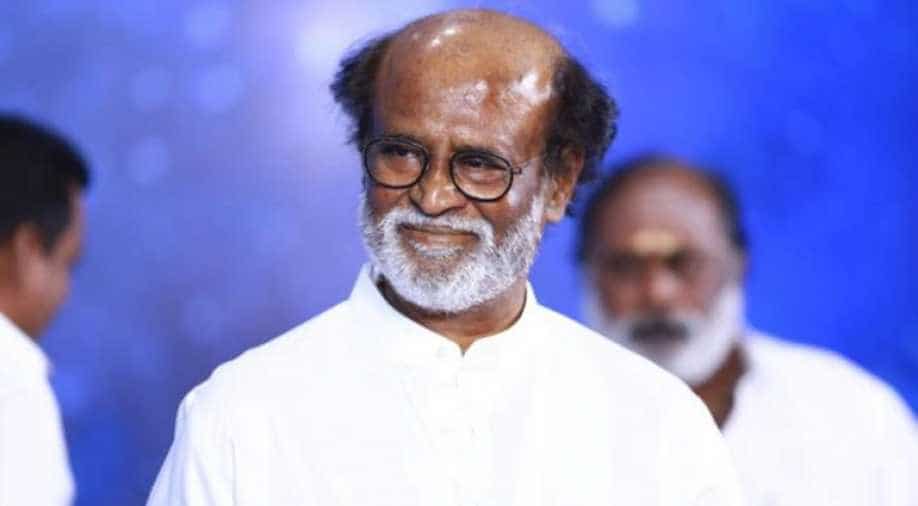 Taking one step further towards launching a party, top actor Rajinikanth today launched an android mobile application and web page to enable people to become members of his fans association which could be later transformed into a political outfit.

A day after declaring his political entry, the actor launched a mobile app "Rajini Mandram," now available in google playstore alongside a twitter account "@officialairrm," and a dedicated web page www.Rajinimandram.Org.

The initiative is to enable his fans and the general public to become members of his 'Akila Indiya Rajinikanth Rasigar Mandram' (All India Rajinikanth Fans Association).

In a video clip posted on Twitter, he urged the members of his registered and unregistered fan clubs and those in general public who seek a change in the political landscape of Tamil Nadu to come under one umbrella.

Rajinikanth also thanked those who congratulated him on his political plunge.

He appealed to his fans and general public "desiring a good political change in Tamil Nadu," to become members of the association.

"Let us all together usher in a good change in Tamil Nadu," he said.

The actor had said yesterday that after strengthening the various fan clubs by bringing in the general public, the association could be transformed into a political party ahead of the next assembly polls.

For enrolling as members, fans or members of the public should register their name and voter ID number either through the mobile app or the web page.

Both the mobile app and webpage featured a message from Rajinikanth found in the clip.

The app, web page and the official letter head of the 'mandram' which carried the actor's audio-visual message in print featured prominently the association's logo.
The logo is a 'baba mudra' against a blue backdrop encircled by a serpent in black.

The mudra has significance in yoga and it features the ring and middle fingers held by the thumb even as the little and index fingers are in an upright position.

In Hindu spiritual tradition, the serpent is a symbol representing awakened consciousness through yogic pursuits.

"Truthfulness, hardwork, growth," and "think good, speak good, do good and only good will happen," are the slogans featured on the letter head, app and web page.

The charismatic actor has said this will be the guiding line for his proposed party.

By launching the app, Rajinikanth has gone one step ahead of his fellow-actor Kamal Haasan.

Amid expectations of Haasan's political entry, on November seven his birthday last year, he had said "#KH", an app, will serve as a 'digital platform' and 'whistleblower.'

He had said it was being tested and he could give a complete picture of it by January.

Haasan had hit out at the AIADMK regime over alleged corruption drawing the ire of ministers. After announcing his political innings in his inimitable style on December 31, South Indian superstar Rajinikanth on Monday urged his fans and those longing for a change in the Tamil Nadu political landscape to come under one umbrella in order to bring the change they have been craving for.