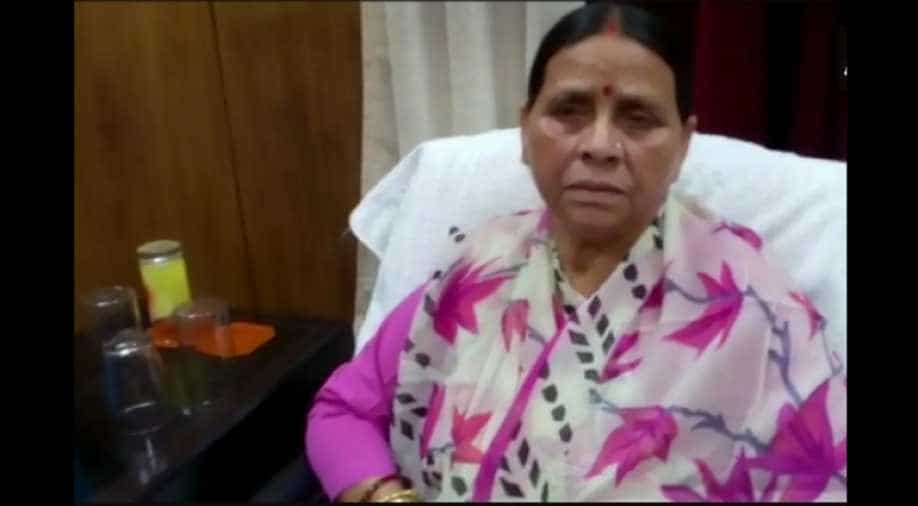 The victory of Rabri Devi along with two other RJD members and son of former CM Jitan Ram Manjhi in the biennial elections to the Bihar Legislative Council has brightened her chance of getting the status of Leader of Opposition in the upper house.

After the announcement of results for 11 seats of Council on April 19 last, the RJD now has 9 members in the 75-member upper house.&nbspSantosh Manjhi, son of former Chief Minister Jitan Ram Manjhi, also won the council poll with the help of Lalu Prasad’s party.

RJD Bihar president Ramchandra Purve, who also became MLC after declaration of results on Thursday last, said the party would send a proposal to the Acting Chairman of the Council Haroon Rashid to accord opposition leader status to Rabri Devi.&nbspWhen contacted, Rashid told PTI that he would deliberate on the issue when a proposal seeking opposition leader status came to him.&nbspCurrently, in the 75-member Bihar Legislative Council, JD(U) has 32 members followed by BJP 22, RJD 9, Congress 3, CPI and LJP 2 each, HAM (Hindustani Awam Morcha of Jitan Ram Manjhi) and RLSP of Union minister of state Upendra Kushwaha one each and Independents 3.

Rabri Devi had in August last attacked the new JD(U)-BJP government in Bihar for denying her the status of opposition leader in the Legislative Council under the “cover of rules” that RJD did not have the required number of MLCs needed for the post. “Earlier, the status of Leader of Opposition was given to the then RJD leader Gulam Gaus even when the party’s strength was 4-5 in the Council. But, now they (JD(U)-BJP) are taking the cover of rules,” she said. “Let them deny the post (to RJD), we are the leader of masses,” she had said.

Bihar Chief Minister Nitish Kumar, his deputy Sushil Kumar Modi and RJD leader Rabri Devi were among the 11 candidates declared elected unopposed on April 19 last in the biennial elections to the state Legislative Council.&nbspSince there were only 11 nominations for as many vacancies in the state Upper House, all the candidates were declared elected unopposed after end of the withdrawal deadline.