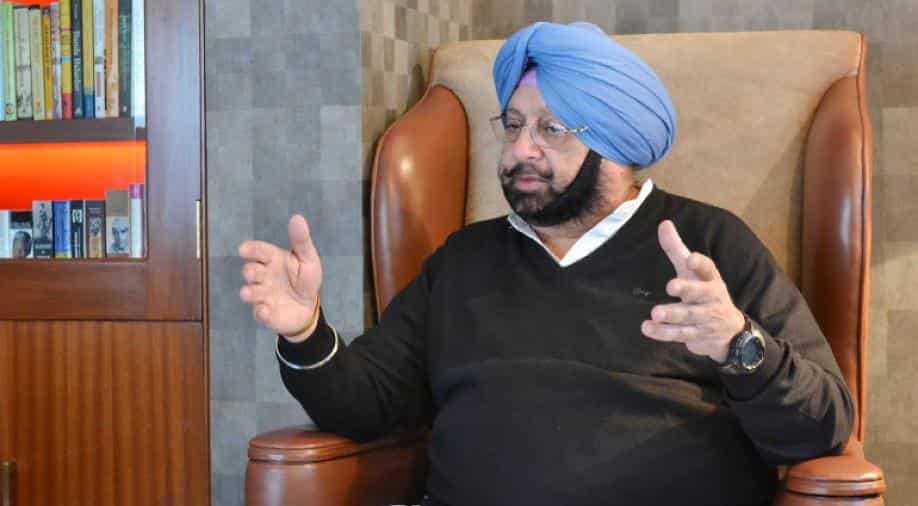 The Punjab government has recommended the death penalty for drug peddling and smuggling.

The decision was taken Monday after a cabinet meeting.

Punjab Chief Minister Captain Amarinder Singh said that "since drug peddling is destroying entire generations, it deserves exemplary punishment."  And that the recommendation was being forwarded to the Centre.

Singh added that he stood by his "commitment for a drug free Punjab".

My govt has decided to recommend the death penalty for drug peddling/smuggling. The recommendation is being forwarded to the Union government. Since drug peddling is destroying entire generations, it deserves exemplary punishment. I stand by my commitment for a drug free Punjab. pic.twitter.com/dXZTsDwVpf

Punjab has a massive drug problem, partly a result of its border with Pakistan which is awash with heroin from Afghanistan.

Ridding the state of the menace had been a Congress poll promise. (Several news reports had hinted at the possibility that Punjab's drug trade was earlier controlled by people with links to the highest echelons of the previous SAD-BJP government.)

Opposition parties including the AAP and SAD had been criticising the 15-month-old Captain Amarinder Singh-led Congress government for failing to contain the drug menace in the state. The Congress had promised to wipe out the problem in four weeks.

Monday's announcement came after widespread outrage over the deaths of youths in several parts of Punjab because of drug overdoses. A campaign against drugs called "Black week against Chitta" (July 1 to 7) was being observed by activists in the state.

It is important to remember though that the Narcotics and Psychotropic Substances Act already has provisions for the death penalty for repeat offenders.