Proud of contribution to UN peacekeeping operations: India at UNSC while highlighting country's role in Congo after volcanic eruption 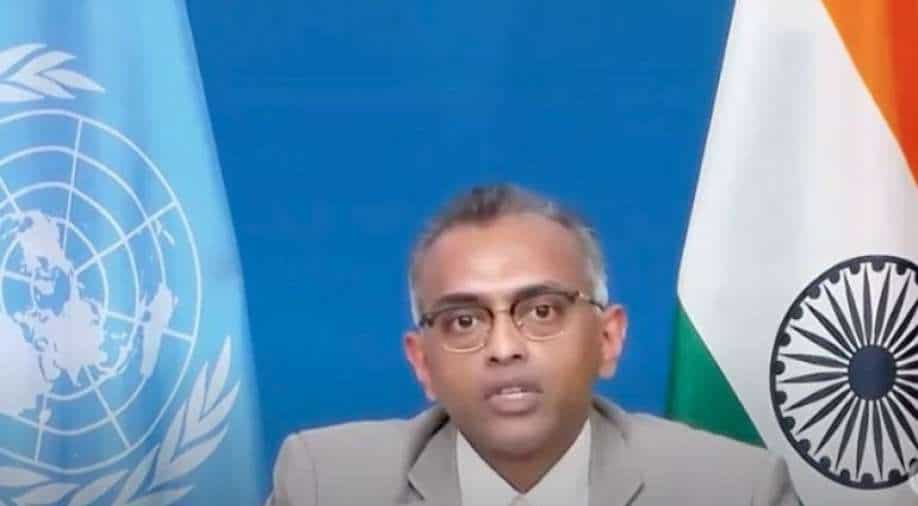 At the debate, India gave few suggestions to strengthen peacekeeping which involved pointing out that "peacekeeping missions cannot be a long-term response to what are fundamentally political problems"

At a debate on safety and security of UN peacekeepers at the United Nations Security Council (UNSC) on Monday, India said it is "proud" of its "contribution", highlighting the recent role played by Indian brigade in the aftermath of volcanic eruption in DR Congo.

Speaking at the debate, India's Deputy Permanent Representative Nagaraj Naidu said,"India is proud of its long and rich tradition of contribution to UN peacekeeping operations... Even as Ispeak today, an Indian peacekeepers brigade stationed in Goma (DRC) are saving lives of civilians stranded in the aftermath of the Mount Nayargongo eruption in DRC."

Indian forces part of the MONUSCO or United Nations Organization Mission in the Democratic Republic of the Congo played a key role in safeguarding civilians and UN assets when the eruption took place. MONUSCO has 14,000 total military personnel including 2,200 Indians, making India the largest troop-contributing country.

India has contributed in many ways to strengthen UN peacekeeping. Earlier this year it delivered 200,000 doses of made-in-India COVID-19 vaccines, which has helped vaccinate 140,000 field personnel. Nagraj Naidu said, "During the pandemic, India readily answered the Secretary General’s call by upgrading its hospitals in UNMISS or United Nations Mission in South Sudan and MONUSCO or United Nations Organization Stabilization Mission in the Democratic Republic of the Congo".

India is also working with UN's Department of Peacekeeping Operations for development of a mobile tech platform – UNITE AWARE, which, India's deputy envoy said will help "increase situational awareness and provides terrain related information to peacekeepers." India has contributed $1.64 million towards it and will be launching it in August when it will be chair of the United Nations Security Council for that month.

India’s Centre for UN Peacekeeping (CUNPK) which was set up in 2000 will be signing an MOU with C4ISR Academy for Peace Operations for new training modules for UN peacekeepers. It has also pledged a helicopter unit for MINUSMA or United Nations Multidimensional Integrated Stabilization Mission in Mali and upgraded its medical facilities at MONUSCO (Goma) and UNMISS (Juba).

India is one of the major troop contributing countries to the UN's peacekeeping forces. It has contributed more than 250,000 troops in 49 UN peacekeeping missions in which 175 of its peacekeepers laid down their lives.

Rupee tumbles to a new record low. Closes at 81.62 per dollar