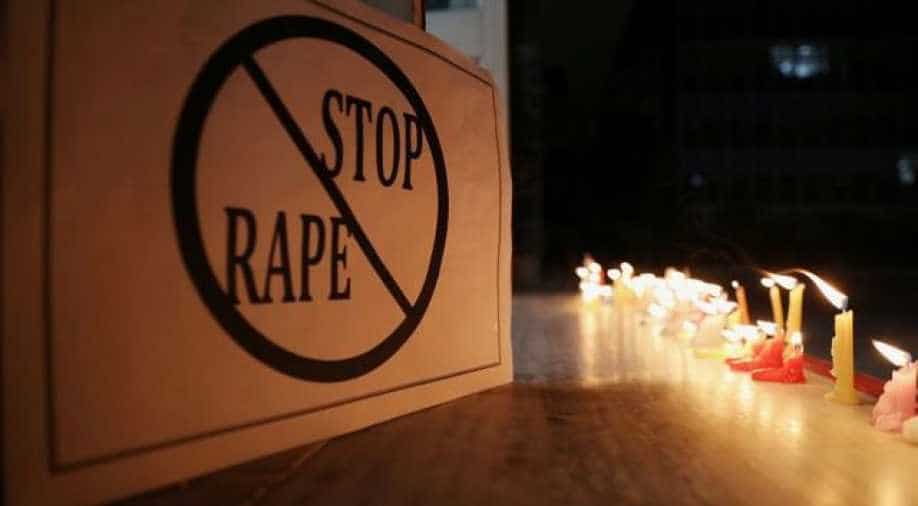 The 19-year-old victim from the Dalit community was attacked and raped on September 14 in a field near her home in Hathras district of Uttar Pradesh.

Protests erupted in several parts of India on Wednesday after the authorities had the body of a gang rape victim cremated. The cremation, however, happened without the consent of her family.

The 19-year-old victim from the Dalit community was attacked and raped on September 14 in a field near her home in Hathras district of Uttar Pradesh -- 100 km (62-miles) from the capital, New Delhi. She died in hospital on Tuesday from injuries sustained during the attack. Police have arrested four men in connection with the rape.

Multiple videos on Wednesay showed that neither police nor government officials had sought the permission of the family to perform the funerary rite for the victim in her native village in Uttar Pradesh state at about 2 a.m. (0730 GMT) on Wednesday.

The rape and the aftermath has caused outrage in India.

Angry protesters, many wearing masks to ward off the novel coronavirus, scuffled with police in Uttar Pradesh and New Delhi.

The question that now arises is -- can the police force a cremation? Why did they do it?

These are questions that the UP police has not answered. But the questions won't die down.

The case gets murkier when you consider another factor. The victim was a Dalit.

Activists say this is the reason the police were not prompt in their response to the case. Her family says that the main accused has a history of harassing Dalits in their area.

He belongs to an upper caste as do the other three accused.

All the four men have been arrested.

A crime is a crime, and it should not be seen through filters of caste and religion.

The brutality in Hathras is a blot on India -- it comes eight years after the Nirbhaya case or what is also referred to as the 2012 Delhi gang rape case.

But this country could not keep its word to its daughters.

Eight years on, look where we are -- the Nirbhaya case was supposed to be a wake-up call for India.

Our system has failed on many fronts. Reports say 63% of the Nirbhaya fund allocated to states had not been used.

Last year, India saw more than 4 lakh cases of crime against women. There were 87 cases of rape recorded everyday, and these are just the registered cases.

Nirbhaya's family had to wait for eight years to get justice. And the case was, apparently, 'fast-tracked'.

When it comes to crime against women, India's slow legal process has failed to act as a deterrant. It has also created agitation, anxiety and unrest in people.

The result is this -- in India, people are citing the slow judicial process to justify taking law in their own hands.

What happened in Hyderbad last year makes for a classic example. A woman was gangraped, brutalised and murdered in hyderabad last year.

Police picked up the four accused, and all of them were killed in a police encounter even before a trial could start.

India cheered this, and for many, it was justice served.

Now in the case of the Hathras victim, authorities are promising a fast-track trial -- which, going by the record, does not inspire confidence.

This is cliched but true -- justice delayed is justice denied.

Showing Ladakh as part of China amounts to a criminal offence: MP’s Panel of India