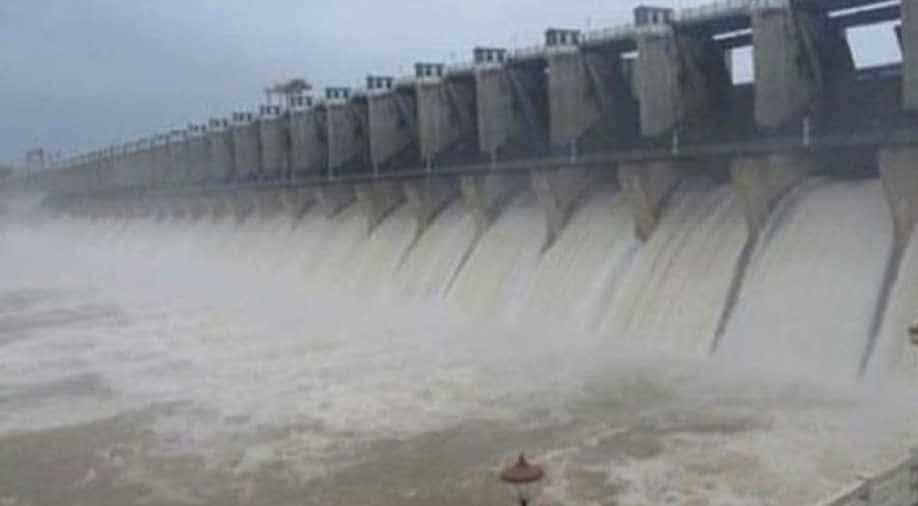 Two DMK workers allegedly made self-immolation bids in Coimbatore on Monday amid a state-wide stir for setting up Cauvery Management Board to implement the Supreme Court's verdict on water allocation among the riparian states.

Amid protests across Tamil Nadu, the Supreme Court Monday agreed to hear a contempt plea of the state against the Centre on April 9 on the Cauvery issue, while Governor Banwarilal Purohit left for Delhi.

According to sources, he left for the National capital on an official visit.

The Supreme Court bench, comprising Chief Justice Dipak Misra and Justices A M Khanwilkar and D Y Chandrachud said,"We understand Tamil Nadu's difficulty of not getting water. We will resolve the issue. List the matter for April 9."

Tamil Nadu had sought contempt action against the Centre for "failure" to frame the scheme for constituting the Cauvery Management Board and Cauvery Water Regulation Committee within six weeks, as directed by the apex court on February 16.

The pro-CMB stir, being spearheaded by DMK and a slew of pro-Tamil outfits, saw a slew of sit-ins and demonstrations by students and others at various places, including Chennai, Tiruvarur and Madurai.

According to police, over 1,000 persons were detained across the state in connection with protests and were released later in the day.

The two DMK activists, identified as P T Murugesan and Singai Sadashivam, doused themselves with kerosene and tried to set themselves ablaze at Coimbatore. They were however overpowered by policemen present at the spot and whisked away to a nearby police station.

Tuesday, the ruling AIADMK cadres will observe a fast, seeking constitution of the CMB.

Local DMK leaders led the protests across Tamil Nadu for immediate constitution of the CMB in keeping with party chief M K Stalin's statement Sunday that protests would continue till the Board was set up.

In Chennai, the demonstrations were held by DMK workers at several places, including Saidapet where former city Mayor M Subramanian led the stir.

DMK has asked its party functionaries to continue "democratic protests till April 4."

Hitting out at the BJP-led Centre for "trampling the rights of Tamil Nadu" on the Cauvery issue, it condemned the ruling AIADMK for "not mounting pressure on the Union government."

Rail blockades were staged at various places, including Coimbatore, Tiruchirappalli and Pudukottai by agitating cadres of opposition parties and pro-Tamil outfits.

Demonstrations were also held in front of Central government offices in several cities like Chennai, Erode and the neighbouring Puducherry.

In Puducherry, the demonstration was held by activists of Dravidar Viduthalai Kazhagam,a pro-Tamil outfit. Nearly 200 farmers and youths from various organisations staged a rail roko at Tirupur railway station and were removed by police.

During the protest in Chennai by the 'May 17 Movement,' a pro-Tamil outfit, some of its cadres allegedly hurled sandals at the signboard of "Shasthri Bhavan" housing several Central government offices, briefly triggering anxiety.

Speaking to reporters at Tiruvannamalai, she dared party Rajya Sabha MP Kanimozhi to resign her post rather than hold protests.

The protesters blamed BJP's Tamil Nadu unit for not "taking steps" to bring pressure on its party-led government at the Centre for setting up the CMB.

The DMK-led opposition parties had yesterday called for a state-wide shutdown on April 5, seeking constitution of CMB.

Both the Centre and the Tamil Nadu government had on March 31 moved the Supreme Court over CMB. The top court had granted six weeks to the Centre to formulate a scheme to ensure compliance of its order.