It is a proud moment for me: Indian chef Priyam Chatterjee on receiving French honour 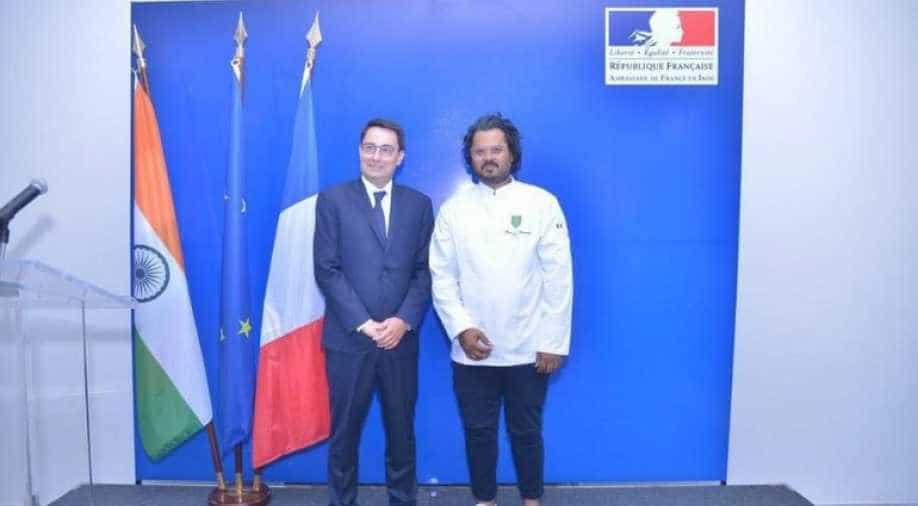 'Being an Indian, receiving such honour in itself is a proud moment for me. This award is given to honour agriculturalists who contributed in French cuisine and products,' said Chatterjee to WION.

Priyam Chatterjee became the first Indian chef to be conferred with the distinction of Chevalier de I'Ordre du Merite Agricole, also known as the Order of Agricultural Merit by the French Ambassador to India, Alexandre Ziegler on Monday.

Chatterjee, 30, is the first and youngest Indian chef to be conferred with the honour, which comes in recognition of his contribution to reinventing the gastronomic scene here. Born into a Bengali family, his love for food and cooking is natural.

"Being an Indian, receiving such honour in itself is a proud moment for me. This award is given to honour agriculturalists who contributed in French cuisine and products," said Chatterjee to WION.

When asked about from where his masterful plating, eccentric cooking style and his creative dishes drew from, he said that that his love for cooking happened out of sheer passion and inclination towards art, to begin with.

"It all began with cooking for friends and family and then of course with Park Hyatt Hyderabad with chef Jan Claude. After 10 years, I feel that I was born to do this", said Chatterjee.

Currently, he is serving as the head chef at Jaan Restaurant Yacht in France. Before this, he was the head chef of Rooh (Group of Indian Chef Sijan Sarkar) and Qla in New Delhi.

Having realised that cooking can be a game-changer in his life at the age of 21, Chatterjee said, "I was 21 years old when I first found that cooking is what can be a turning point in my life, I redefine dishes and now do not look back.

"I mean you worked hard for it and now after achieving it, you feel great, but I don't wear these things and these moments to my skin," claimed Chatterjee.

Receiving immense love from the audience of both the countries (India and France ), for his cooking, Chatterjee believes that "There is no difference in the love for my beloved France and India, yet they are little refined and subtle."

When asked how does he want to represent Indian Cuisines in foreign places, Chatterjee said, "I wish to blend these two magnificent cuisines (with Indian spices and French techniques).''