Private lunch, candid dialogue but no set agenda for Modi-Xi talks at Wuhan 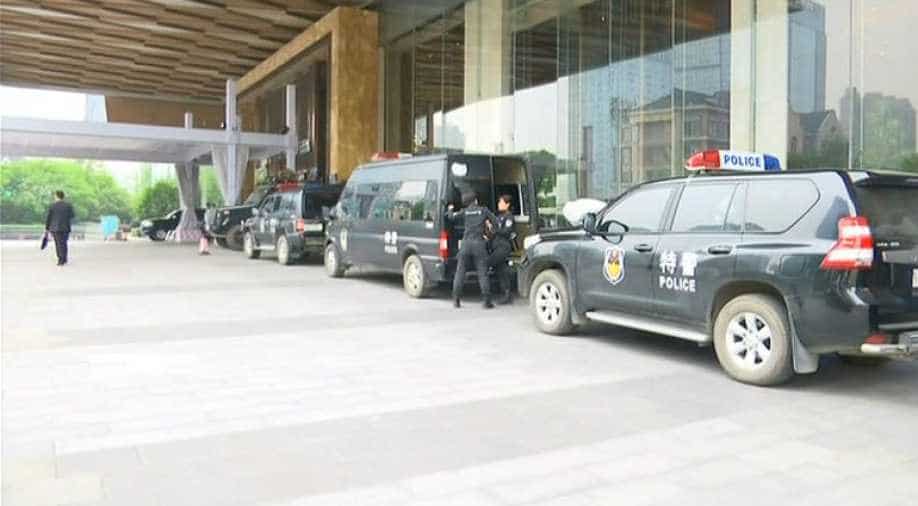 Security arrangements near the venue for informal summit between PM Modi and Chinese President Xi Jinping in Wuhan. Photograph:( ANI )

Prime Minister Narendra Modi arrived at picturesque Wuhan city in central China, at 12:30am on Friday, ahead of his much anticipated informal meeting with Chinese President Xi Jinping.

The meeting comes in the backdrop of the efforts made by both India and China to move past the tensions, which rose out of last year's 73-day Doklam stand-off.

"In the informal summit the objective is that both of the leaders talk with each other to the maximum. There is no fixed agenda to this. There will be no agreements or MoUs signed," India's ambassador to China, Gautam Bambawale, said.

We want to give both the leaders and environment where both of them may talk to each other specifically, he added.

Prime Minister Modi will commence his meetings with Chinese President Xi at 3:30pm on Friday at the Hubei Provincial Museum. After touring the museum for about an hour, the two leaders, accompanied by six top officials from each side, will hold talks at the sprawling East Lake Guest House, where Xi is staying.

This will be followed by the leaders' walk. Dinner will be hosted by Chinese President Xi at the guest house in central Wuhan.

"Indians should see this as a very sincere effort on the path of improving their relationship. It is in our national interest to succeed. There is a very strong sense that the India-China factor can bring a lot of stability. Asia would welcome the news of the informal summit as well as India," India's former foreign secretary S Jaishankar said.

On Saturday, the two leaders will have opportunity to spend time without their aides as with Xi taking Modi for a lakeside walk and a boat ride on the picturesque East Lake. This will be followed by a private lunch hosted by the Chinese President.

"One of the main objectives of the informal summit is discussion between the two leaders. Otherwise the objective is to give opportunity to the two leaders to speak to each other. They might have a walk in the park, they might go for boating in East Lake in Wuhan and thereby discussing some of the most important issues from the world," said Bambawale.

"When two leaders of big countries meet, then they don’t talk about specific micro issues," he said, adding, "India, China will be setting a new trend with the informal meeting."

No joint statement or communique will be issued after the informal talks.

According to the sources, the informal talks will be broad-based and over arching and no specific issues will be discussed. The idea is to open strategic communication channel at the highest level.