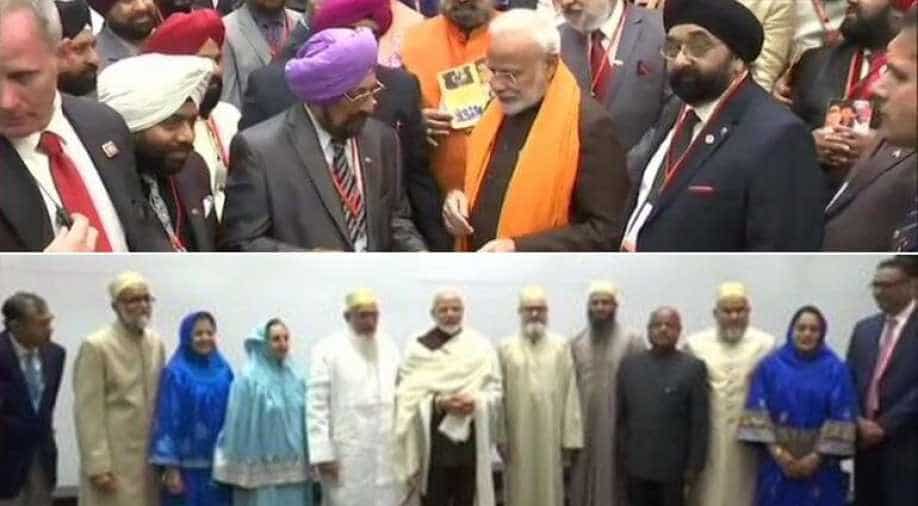 The Sikh community has also submitted a memorandum to the prime minister.

Prime Minister Narendra Modi met and interacted with the members of Sikh and Bohra communities in Houston.

During the interaction with the Sikh community, they congratulated PM Modi on some decisions taken by the Government of India.

The Sikh community has also submitted a memorandum to the prime minister.

''We submitted a memorandum and thanked Modi ji for what he has done for Sikh community. We thanked him for the Kartarpur corridor. President Trump is coming here tomorrow (at Howdy Modi), shows how important a leader PM Modi is,'' Avinder Chawla, sitting Commissioner, Arvin, California said.

The members of the Bohra community also met and interacted with the prime minister. They also felicitated PM Modi.

Earlier, PM Modi also met CEOs from the energy sector at Hotel Post Oak in Houston city to energise India-USA friendship on the first day of his week-long US visit.