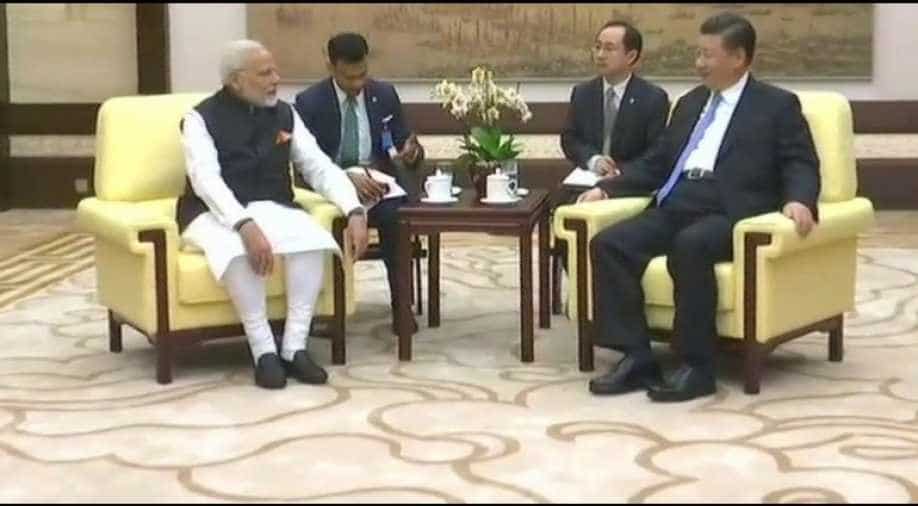 Narendra Modi was received by Xi Jinping at the guesthouse in Wuhan City. Photograph:( ANI )

In a bid to cooperate in promoting Indian films in China, more Indian films should come to China and vice-versa, he added.

"The proposals forwarded by Prime Minister Narendra Modi included moving ahead to find ways to collaborate in terms of entertainment including films. It would be a good idea to expand this. More Indian films should come to China and vice-versa," Gokhale was quoted as saying by news agency ANI.

Terming India and China as engines of economic growth, he said both are focussing on the importance of building an open, multipolar, pluralist and a participatory global economic order. The development of India and China can contribute to the elimination of poverty and inequality, Gokhale said.

The two sides also agreed to expand their cooperation in global healthcare, disaster risks and reduction and mitigation and ushering in digital empowerment.

On the informal summit, Gokhale said, "This is a new way of communication that the leaders are trying. President Xi hasn't hosted any foreign leader outside capital Beijing. The two leaders said the informal meeting was candid and helped in boosting strategic ties."

Both leaders also talked about the importance of balanced and sustainable trade ties between India and China. They discussed at length over how to promote culture and greater people-to-people connect between two nations.