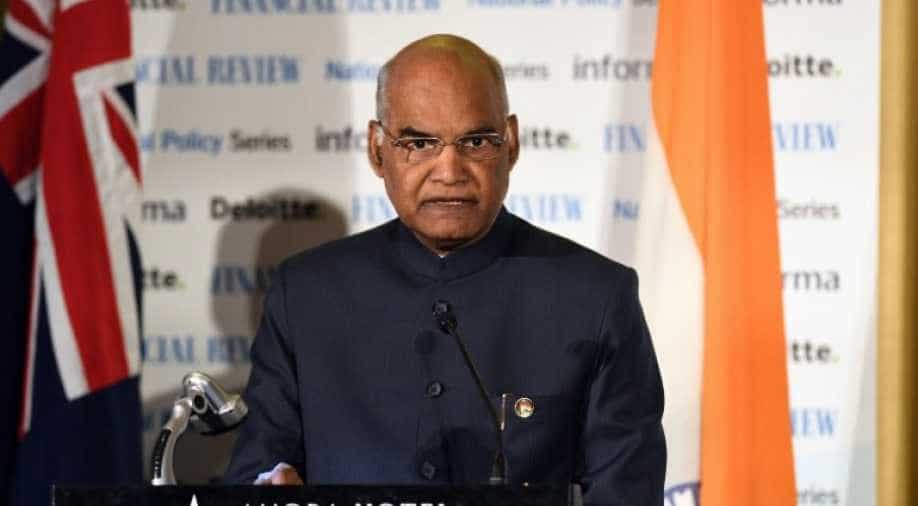 India has a working group with the country on counter terrorism that last met in 2017 and had given $500,000 to Marawi city after terrorist linked to Islamic State had tried to take over the city.

President Ram Nath Kovind will embark on a five-day visit to the Philippines on Thursday, followed by a visit to Japan from October 21 to 23 for the Enthronement Ceremony of the Emperor of Japan, Naruhito. Naruhito acceded to the Chrysanthemum Throne on May 1 2019, beginning the Reiwa era after the abdication of his father, Emperor Akihito.

Kovind's visit to the Philippines coincides with the 70th anniversary of ties between both the countries and New Delhi's thrust to the Act East Policy and growing engagement with the Association of Southeast Asian Nations (ASEAN) members. Counter-terror will be the focus during the visit, as the island nation is facing the threat of Islamic State.

Vijay Thakur Singh, Secretary in the Ministry of External Affairs said, "we are looking to work together in areas like combating urban terrorism as well as working with them in areas like the exchange of information".

India has a working group with the country on counterterrorism that last met in 2017 and had given $500,000 to Marawi city after terrorist linked to Islamic State had tried to take over the city. Prime Minister Modi went to the Philippines in 2017, followed by the visit of President Duterte to India in 2018.

The president will also pay homage to José Rizal, a Filipino nationalist who was executed by the Spanish colonial government after the Philippine Revolution. He will also unveil a sculpture of Mahatma Gandhi and will interact with the beneficiaries of the Jaipur Foot prosthetic in the Philippines.

On October 21, the president will visit Japan for the Enthronement Ceremony of the Emperor of Japan, Naruhito.

"His participation in the ceremony relating to the Enthronement of emperor signifies the very high importance that we attach to Japan and it is a country with which we have a very special strategic and global partnership", Vijay Thakur Singh said.

To highlight the Buddhist link between India and Japan, the president will gift a sapling from the sacred Bodhi Tree in Gaya to the emperor. Additionally, he will visit the Meiji Shrine dedicated to the Japanese Emperor Meiji and his wife, responsible for the transition of Japan to an industrialised world power in the late 1800s. He will then visit Kakegawa city, which will soon host an event to highlight Indian culture.

The last presidential visit from India to Japan took place in 1990 when former President Venkataraman participated in the Enthronement Ceremony of former Japanese Emperor Akihito.