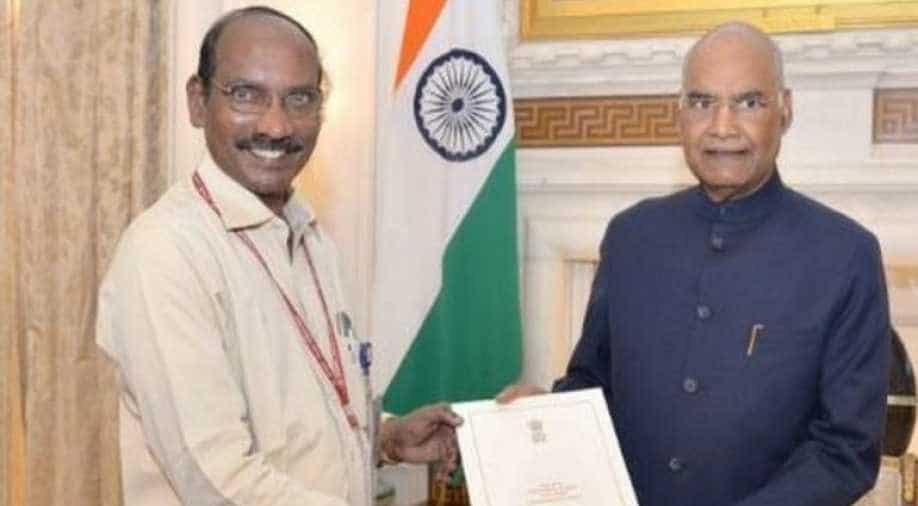 Dr Sivan had called the president to brief him about the new space mission.

Dr Sivan had called the president to brief him about the new space mission.

''Dr K. Sivan, Chairman, ISRO and Space Commission, called on President Kovind and briefed him about space mission 'Chandrayaan-2', scheduled to be launched next month. The President wished him all success for the mission,'' a tweet read posted by the official account of President of India.

India's second sojourn to the moon, Chandrayaan-2, would be launched on July 15.

'Chandrayaan-2' will be the first to explore a region of the moon which has not been touched before.

It will be an extension of the Gaganyaan mission.

Chandrayaan will carry 13 Indian payloads (8 on orbiter, 3 on lander and 2 on rover) and one passive experiment from NASA.

Under the nearly Rs 1,000 crore mission, the landing on the moon near the South Pole would be on September 6 or 7 on uncharted territory, ISRO chairman K Sivan said.

Meanwhile, ISRO chief said earlier that India is planning to launch its own space station.