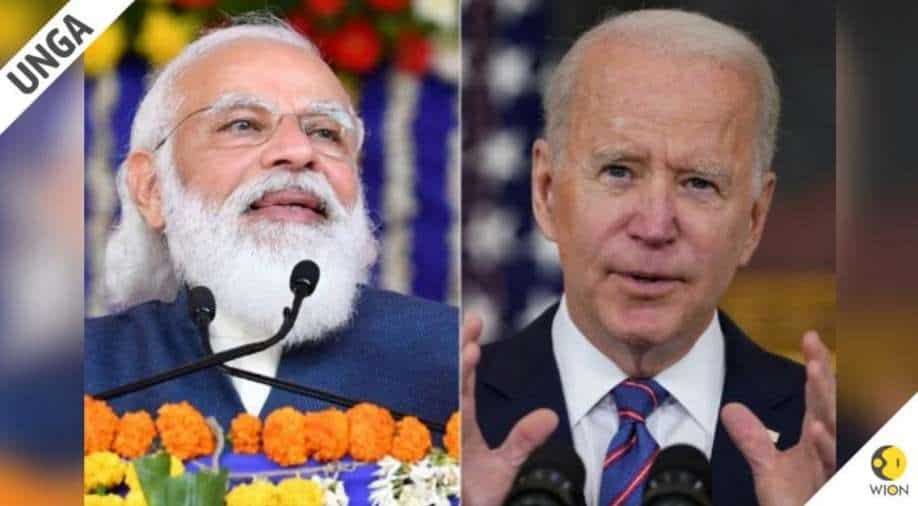 Indian Prime Minister Narendra Modi will be meeting US President Joe Biden on September 24, after calling on  Vice President Kamala Harris on September 23, during his visit to the US for the UN General Assembly

Ahead of the UN General Assembly, the White House said the meeting between Indian Prime Minister Narendra Modi and US President Joe Biden will "strengthen deep ties" and "shared democratic values" between the two countries.

President Biden will be hosting Modi on September 24.

The US president will also be conducting the first in-person Quad summit at the White House with Japanese PM Yoshihide Suga, Australian PM Scott Morrison along with the Indian prime minister.

The leaders are set to review the situation in the Indo-Pacific region after their first virtual summit in March this year.

President Biden and PM Modi are expected to discuss the current situation in Afghanistan including counter-terrorism, regional issues and climate change.

The two leaders are also set to work on free and open Indo-Pacific and steps to be taken to fight the pandemic. PM Modi will be meeting US Vice President Kamala Harris on September 23 as the US and India look to further strengthen bilateral ties.

Also Read: A look back at Indo-US relations as Modi-Biden prep to meet at UNGA

In a release, the White House said, "The President will participate in a bilateral meeting with His Excellency Narendra Modi, Prime Minister of the Republic of India."

PM Modi had spoken to President Biden in April earlier and with US Vice President Harris in June.