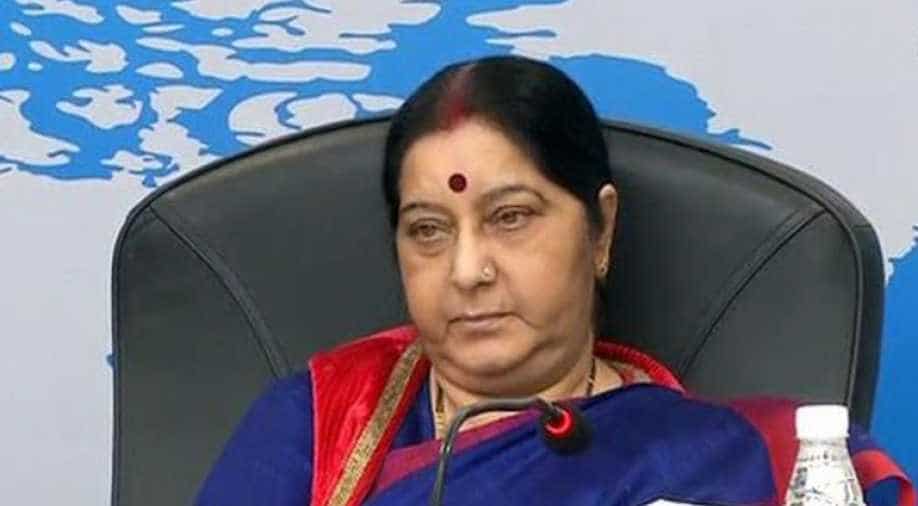 The event was held annually till now

Pravasi Bharatiya Divas will now be celebrated every alternate year and a series of sessions will be held before the event to increase the understanding and bring in an alignment in the interests of the Indians living within and outside the country.

External Affairs Minister Sushma Swaraj announced this on Saturday at a discussion held in connection with the now biennial event, which was annual till now.

There will be some theme-based sessions conducted in which the Ministry of External Affairs will invite about 12 people including both the nationals and the non-resident Indians. An elaborate discussion will be conducted with them, said Sushma Swaraj, who was accompanied by Ministers of State for External Affairs MJ&nbspAkbar and VK&nbspSingh.

Further, some of the themes for the upcoming sessions are being decided to be around 'role of diaspora in capacity-building and artificial intelligence' and 'how diaspora gives back to India and their role with respect to the challenges in India'.

Ms Swaraj also said they would try to understand their experience during their stay here, quality of life abroad and reasons behind their decision to move outside India.

Until now, 10 sessions have been conducted in a build-up to next year's programme, which will be held in Varanasi in January.

At the panel discussion 'Indian Community Organisations Working for Indian Nationals in Distressed Situation', Swaraj also highlighted her efforts to ensure relief to Indians who are living in distress in any corner of the world.

"To help those Indians who are stuck at various corners of the world has become my life's aim," she said.

She also recalled the 'Raahat Operation', wherein 5000 people, including over 1,000 foreigners were evacuated from Yemen in 2015.

Recalling the genesis of the programme for the NRIs, she said under the then Prime Minister Atal Bihari Vajpayee, the Bhartiya Janata Party in 2003 had thought to dedicate one day in a year to the Indians residing abroad.

Swaraj said Mahatma Gandhi was the most famous NRI of India. Thus, the day he returned to the country is regarded as the Pravasi Bhartiya Diwas which is January 9, the minister said.