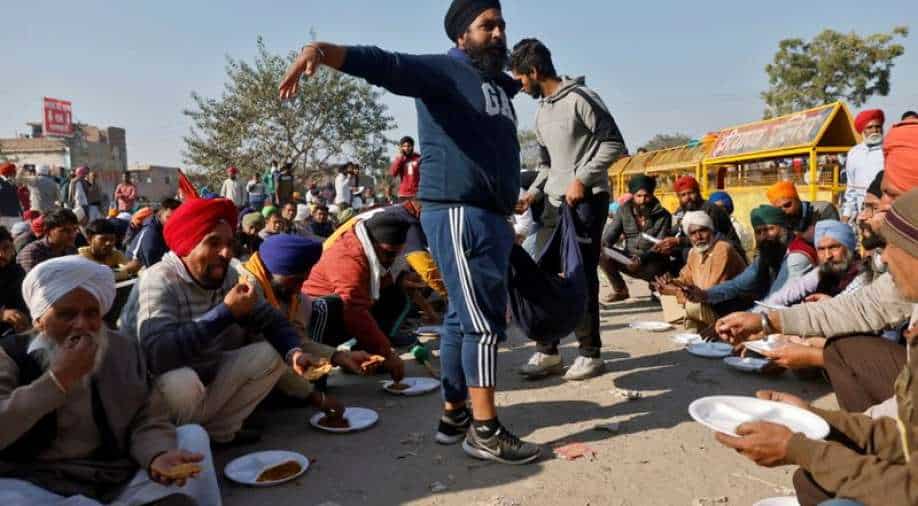 Farmers appeared ready for a long sit-in and refused to relocate to a designated protest site, raising fears of fresh clashes between security forces and protesters.

Thousands of farmers from neighbouring states blocked major roads into the Indian capital on Saturday, in protest against recent agricultural deregulation.

On Saturday, tensions rose again in the protests over laws that farmers fear could rob them of minimum guaranteed prices for their produce -- a day after clashes ended with an agreement that the farmers could demonstrate in the capital. In response, India deployed hundreds of police and paramilitary forces at a New Delhi border.

Farmers appeared ready for a long sit-in and refused to relocate to a designated protest site, raising fears of fresh clashes between security forces and protesters.

Both security forces and farmers installed barricades to prevent a repeat of Friday's clashes.

Those gathered at the Tikri border continued to hold ground as well. A decision on whether they would head to the designated protest site is expected soon.

On Friday, hundreds of farmers entered the national capital to hold a peaceful protest at the Sant Nirankari Ground after facing teargas and water cannons and clashing with security personnel while thousands remained at border points, undecided whether to go to the demonstration site identified by police.

The day witnessed police using teargas shells, water cannons and multi-layer barriers to block the protesters and the farmers pelting stones and breaking barricades in some places in their determination to push through as part of their 'Delhi Chalo' march against the Centre's new farm laws.