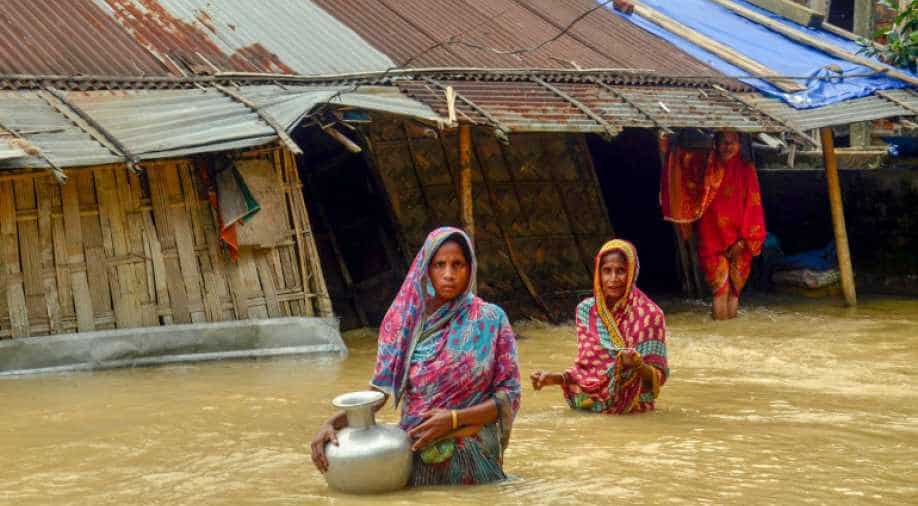 The Prime Minister has assured all the assistance to the Assam government to deal with the crisis.

The flood situation in Assam has worsened with loss of at least 11 lives and affecting over 26 lakh others across 28 districts.

State government officials said 3,181 villages were under water and 87,607 hectares of crop areas had been damaged. Floods have also affected over 10 lakh animals. Many animals at Kaziranga National Park have been moved to the highlands.

Authorities are running 327 relief camps and distribution centres in 24 districts, where 16,596 people are taking shelter at present.

The Prime Minister has assured all the assistance to the state government to deal with the crisis.

Meanwhile, Assam Congress MPs protested on Monday in front of the Gandhi statue in Parliament over the flood situation in Assam and demanded that it be declared a national problem by the Centre.

Ripun Bora, President of Assam Pradesh Congress Committee, said, "We have staged this demonstration today to bring to the notice of the entire country as well as to the BJP government towards the floods in Assam."