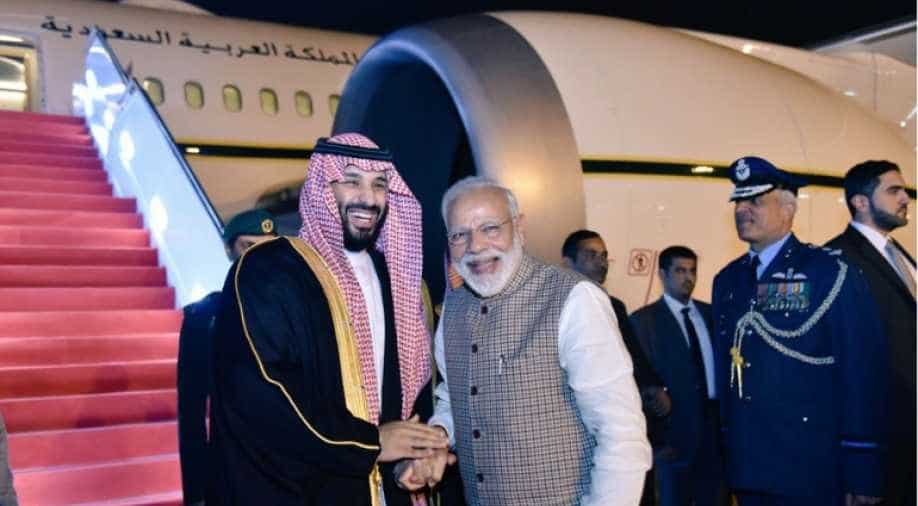 This is the second meeting between the Indian Prime minister and Saudi Prince in the last 3 months.

This is the second meeting between the Indian Prime minister and Saudi Prince in the last 3 months. The last met on the sidelines of G20 summit in Argentina on 30th November. Wednesday will be the main day of engagement when he will be welcomed at Rashtrapati Bhawan, followed by bilateral and delegation-level talks at Hyderabad House.

The focus will be on terror in the aftermath of the Pulwama terror attack last week in which 40 CRPF personnel were killed. New Delhi will be keen that Riyadh mounts pressure on its traditional ally Pakistan. With Pakistan backed terror group Jaish e Mohammad claiming responsibility for the attack, India will be hoping that Saudi Arabia comes hard on Pakistan especially by way of tightening the purse strings.

MBS comes to India, a day after his 2-day visit to Pakistan. It is interesting to note that the Saudi prince went back to Riyadh after his Pakistan visit, and came back again to New Delhi, a development which many will see de-hyphenation by Saudi Arabia between Pakistan and India and something New Delhi will prefer in the aftermath of Pulwama terror attack.

India is one of the eight strategic partners of Saudi Arabia with which the West Asian country intends to deepen partnership in areas of political, security, trade and investment and culture. Both countries are finalizing the setting up of ‘Strategic Partnership Council’ at the Ministerial level.  Bilateral trade between both the countries stood at US$ 27.48 billion in the financial year 2017-18. Saudi Arabia is India's 4th largest trading partner with New Delhi get 17% of its oil imports from the country. Oil prices are something that India has been consistently raising with Saudi Arabia, an OPEC country. Saudi ARAMCO along with ADNOC of UAE in 2018 agreed to partner in Ratnagiri Refinery.

The country hosts 2.7 million strong Indian community, one of the largest in west Asia, sending remittance of over US$ 11 billion annually. Last year the kingdom increased India's Haj quota by 5000.