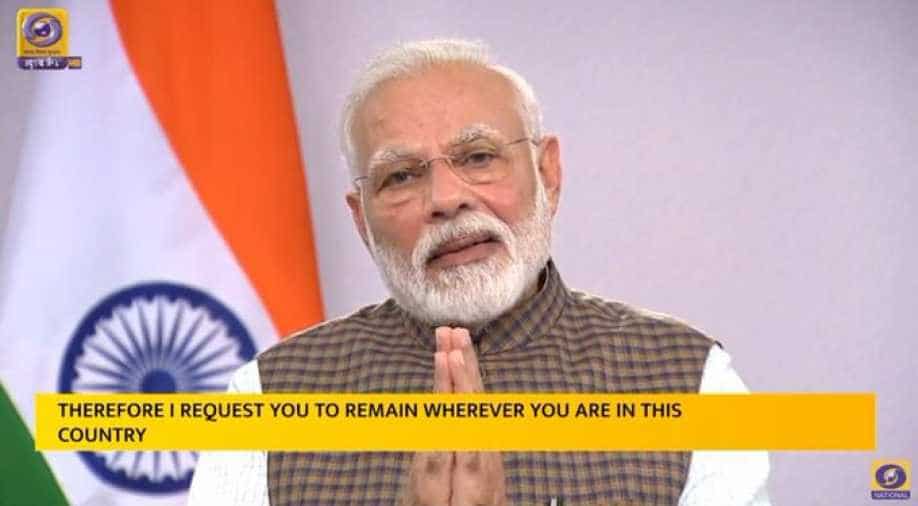 Prime Minister Narendra Modi on Tuesday thanked all the businesspersons and Bollywood stars for their generous contribution towards PM CARES Fund to help the ongoing battle against the coronavirus.

"I salute Bharti Enterprises and Sunil Bharti Mittal Ji for the strong support in this battle against COVID-19. The humanitarian efforts of this group during this time will help many Indians," Modi tweeted.

"The entire Reliance team has been making effective contributions in the fight against COVID-19. Be it in healthcare or assisting people, they have been active. I thank Mukesh and Nita Ambani Ji for contributing to PM CARES and for their other work towards defeating Coronavirus," the Prime Minister said in another tweet.

Thanking the Bollywood actors, Modi wrote, "India`s stars are playing a starring role even in ensuring the health of the nation. They`re playing a leading role in raising awareness as well as in contributing to PM-CARES. Thanks Nana Patekar, Ajay Devgan, Kartik Aaryan and Shilpa Shetty."

Modi on March 28 had created the Prime Minister`s Citizen Assistance and Relief in Emergency Situations (PM-CARES) Fund and appealed to the countrymen to show their support for the cause.