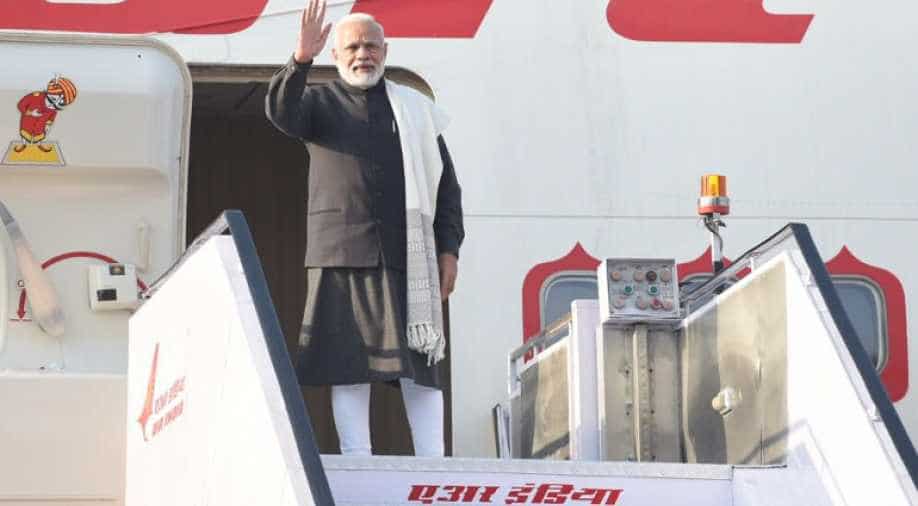 Prime Minister Narendra Modi made a stopover in Zurich on Monday on his way to Davos to attend the World Economic Forum meeting.

During the meet, Modi would be sharing his vision for India's future engagements with the international community.

As Modi marks first Indian prime minister presence in last 20 years, the Indian presence would be the largest ever with over 130 participants in the summit which will be attended by more than 3,000 world leaders from business, politics, art, academia and civil society.

The theme for this year's summit is 'Creating a Shared Future in a Fractured World'.

Besides delivering his keynote address today, Modi is scheduled to interact with global business community members.

On Monday, Modi hosted a roundtable meeting of the top CEOs before a dinner meet which was attended by 40 CEOs of global companies and 20 from India.

While narrating India's growth story, Modi said that India means business and presents an exciting opportunity for the global businesses.

He was also accompanied by top government officials including Vijay Gokhale, Jai Shankar and Ramesh Abhishek.

On the sidelines of the event, Modi also met Swiss President Alain Berset and discussed ways to deepen bilateral ties.

Sources said the two leaders are also believed to have discussed the progress on automatic exchange of tax information.

Berset said the discussions marked the meeting of the biggest and the oldest democracies in the world.

Thanking Modi, the Swiss President said he would continue to strengthen 'our relations' with India.